Adult content exhibition at the Heritage library of Antwerp 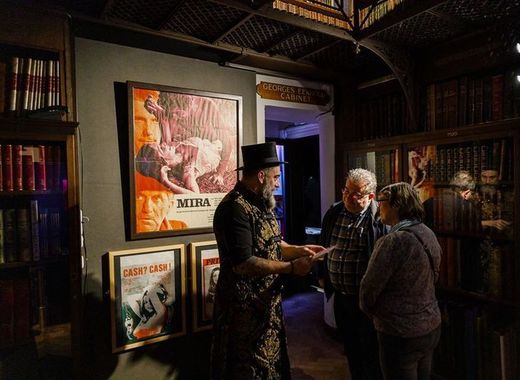 The storage library for the humanities and Flemish literature regard pornographic materials as a fascinating indicator of the morals of the time and as such, dirty booklets cannot be missing from the offer, organizers believe. Knowing what type of content was considered offensive can tell much about the prevailing social norms and beliefs. At the same time, porn strives to appeal to a large audience, therefore it is expected to respond to the cultural clichés. Here is why the Heritage Library will be showing a wide collection of Flemish magazines dedicated to sex and pornography. Some of them have been sold over the counter, while others were clandestine, some were suggestive and others – more explicit, going all the way from pulp to literature.

Pornography in the Flemish region

Leading literary authors were also not spared during that period. After the Second World War, the explicit sexual content  penetrated more and more the 'regular' literature. As a result of strict police actions, the work of Jef Geeraerts and various literary magazines was confiscated. Hugo Claus, on the other hand, was sentenced to four months' imprisonment for bringing three naked men to the scene.

The temporary exhibition is taking place from Friday 6 December 2019 to Friday 14 February 2020 in Antwerp, Belgium and is open only to adults above 16 years of age. Visitors to Hendrik Conscience Heritage Library can discover publications, postcards, films, and readings. Tickets can be purchased online at consciencebibliotheek.be Guided tours with experts can also be arranged.