“Еvery 10 tons of cleaned waste by volunteers save 22 million euros and 3 years of work for the institutions.” 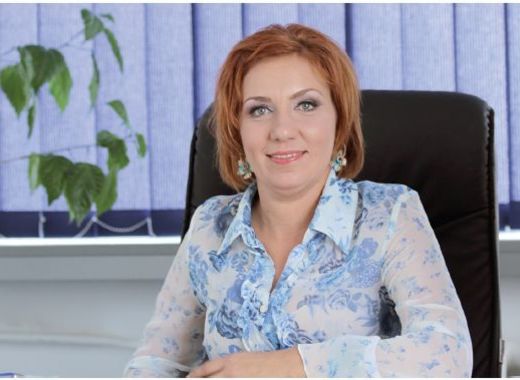 Maria Lazarova is a Social Projects Manager at bTV (the first private national-wide   broadcasting television channel in Bulgaria) and main figure of the largest volunteer action in the country "Let's Clear Bulgaria Together" from the start of the initiative in 2011 up today. This year, the campaign, organized by bTV Media Group, will be held on September 15th. For the first time, on the same date the campaigns will be held in 150 countries around the world.

Numerous artists, sport stars and artists are among the ambassadors of this year's initiative "Let's Clear Bulgaria Together". How big campaign are you organizing?

We are preparing the largest edition of the initiative, because for the first time in one day we will unite forces with volunteers from all over the world. We expect strong support not only from many celebrities, but also from hundreds of companies, schools, kindergartens, student and youth organizations. The bTV campaign brings together all sectors of public life and people from different social groups. In the volunteer team, and in support of the World Cleanup Day, important government officials and structures will also be involved, including the presidential administration, MEPs, deputies by the eco-committee of the Parliament, many ministries and agencies. In order to provide good preparation throughout the country, for the first time, we are creating permanent information coverage for volunteers in all regions, through specially trained youth leaders who will be involved in our national internship program. They will be trained by experienced bTV professionals and the volunteer campaign partner network. We will select people from the local community to prepare them to work for their native places - the towns and villages where they live, study and will raise their children. Twenty Bulgarian university students will have a key role in organizing "Let's Clear Bulgaria Together" on 15 September. They will work very actively with local institutions and businesses. The project is in co-operation with the Ministry of Youth and Sports and the National Representation of Student Councils. We also rely on good cooperation with representatives of all regional public institutions. Again and this year, a key partner of the campaign is the Ministry of Environment and Water. All its structures will support the municipalities to ensure good logistics on the day of great cleaning.

How many and which municipalities will be involved?

Our goal is to prepare organized actions in every part of the country and we expect to involve all municipalities. Traditionally, the mayors in Bulgaria are among our most engaged partners, because through them the whole logistics for the removing of the collected waste by the volunteer groups and for the selection of the places that need cleaning.

I often ask myself what is to be a mayor on the day of the big cleaning. In Bulgaria, the mayor is an institution with many concentrated responsibilities, including the fight against waste. Municipal budgets for maintaining cleanliness in public areas are never enough, they do not have the money they need for cleaning large urban parks and tourist areas, landfills in suburban areas. In this sense, as a mayor I would take advantage of volunteer enthusiasm and opportunities to clean up the contaminated areas. According the data of the world organization Let's Do it, every 10 tons of cleaned waste by volunteers save 22 million euros and 3 years of work for the institutions. With a combined effort and with the support of nearly 1.7 million    volunteers over the past 7 years, we have collected more than 82,000 tonnes of waste. I am convinced that these facts confirm the signification of our efforts and argument the total contribution.

Again this year, on the day of the big cleaning, the municipalities will be exempted from the state taxes for the specialized landfills and installations, we rely on this support of the Ministry of Environment and Waters and the Regional Inspectorates of Environment and Waters. They will also provide fuel vouchers for transporting waste as well as additional sacks and gloves. For the first time, they will be handed over directly by the regional offices of the ministry in the corresponding regions. The campaign includes all 265 municipalities and 28 district administrations.

What are your impressions – which cities have the most volunteers?

Usually the greatest activity is in the big cities, but the small settlements are also very active. For example, the municipality of Tutrakan, which set a world record in one of the previous campaign editions, including 57% of its population in cleaning. Recorders in the last edition of the campaign were the municipalities of the regions of Sliven, Pernik and Kardzhali, and the largest number of volunteers participated in the regions of Pleven, Vratsa and Blagoevgrad. The largest number of places are cleaned in Targovishte, Sofia region, Razgrad, Rousse, Pazardjik and Smolyan region. The most extensive cleaning last year was organized by the mayors of the Municipality of Botevgrad and the Municipality of Gorna Malina, they received a special prize "Clean game" for the cleaning actions on the 16 km long route from Bebresh dam to Arabakonak.

Last year we cleaned up for the first time in the autumn. Stable weather conditions make it possible to organize activities in higher terrains and forest areas. At the end of the holiday season there are opportunities to clean up the tourist sites in the mountains, the seashore around rivers and dams, as well as mountain chalets and eco paths.

What people are involved in the campaign – what is their age, occupation, interests?

For a campaign like "Let's Clear Bulgaria Together", there is no age or profession, we are all volunteers united for one common purpose - to prove once again that we are a team. This is an example that should be given to children. Fortunately, over the years we are seeing progress. Here, I have to say that last year more than 1000 schools from all over the country were involved in the initiative, which is indicative that many children and youth have shown waking conscience and responsible attitude towards themselves and nature.

One more time we will rely on our mayors and municipalities that unconditionally support us in the campaign "Let's Clear Bulgaria Together".

Which are the dirtiest points in Bulgaria and which are the cleanest? Does garbage from people in nature increase or decrease?

We in Bulgaria can boldly say that since the beginning of the initiative in 2012, we have made progress, because the quantities of waste collected on the day of big cleaning have been steadily declining. We can make a comparison between the first and the last national action, which highlights the claim for a positive trend - the collected waste is almost 10 times less.

This year, our membership in the World Cleaning Day engages and unites the team even further. Let's do it world colleagues set the goal of 5% of the world to join the volunteer action. The Bulgarian team is among the best in the world. Last year we ranked second after Ukraine with our 305,000 volunteers. We hope this year to top the list by at least 400,000.

What are the practices around the world with similar volunteer campaigns?

The campaign takes place in 150 countries this year. Some have more experience in conducting similar initiatives. We are one of the best examples in the world. Bulgarian volunteers are favored because Bulgaria is the only country in the world where the media initiates the campaign and mobilizes many institutions and business resources. The good example comes from Estonia and Slovenia, where the volunteer campaign for cleanup is a national and public priority.