Agnès Monfret, Head of Communication unit, DG REGIO @EUinmyRegion: EU's biggest challenge is not to leave any region behind

Take a careful look around you and you will definitely notice a school, a bridge, a hospital, a port or any other project that benefitted from EU funding and has made a difference in your life. 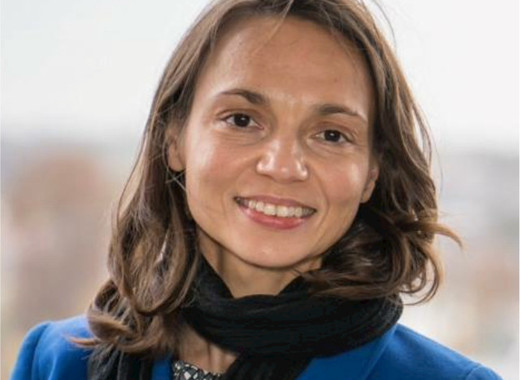 EU Regional Policy targets all regions and cities in the European Union. It aims to boost their economic growth and improve people’s quality of life. EU regional policy is also an expression of solidarity, focusing support on the less developed regions. How do you see the future of the European regions and cities?

Cohesion policy is indeed a key ally of European citizens when it comes to quality of life. It is the EU's main investment policy, a 'win-win' policy for every region and country in the EU. All EU regions, not only the poorest, reap large benefits from it.

Take a careful look around you and you will definitely notice a school, a bridge, a hospital, a port or any other project that benefitted from EU funding and has made a difference in your life. These are just a sample of what cohesion policy can do. Its effects are countless and growing over time.

In this sense, the future of European regions and cities is well taken care of, since the EU will continue its efforts to support local and regional needs. And the main beneficiary of this support is and will continue to be the European citizens.

Why do you think big differences still exist between developed and developing regions? What is the EU's biggest challenge and how can disparities be overcome?

Diversity is inherent in the very notion of the European Union, an institution consisting of Member States with different backgrounds and inevitably varying per capita income, industrialization level, standard of living, and more. While support for the least developed regions is the main objective of EU cohesion policy, the benefits are not restricted to low income regions.

One of the findings of the 7th Cohesion Report which is focusing on regional disparities was that cohesion policy has a role to play in all regions, not just the poorest ones, and needs to continue to support citizens across the EU. For example, there are large differences in unemployment and income which encourage people to move – from one country to another or from rural to urban areas, imposing costs on both the origin and receiving regions.

The EU's biggest challenge is not to leave any region behind. All should have access to the opportunities that cohesion policy provides. Richer regions need to maintain their competitive advantages, adapt to the emerging global challenges and render their regional and national economies more resilient.

For the next long-term EU budget 2021-2027, the Commission proposes to modernise Cohesion Policy. The five main objectives of the new EU investments programme are a Smarter, Greener, carbon free, Connected, and more Social Europe, and last but not least a Europe closer to citizens. Please give us some details about the new EU investment priorities.

Indeed, the Commission has put forward a modern and ambitious budget proposal for the post-2020 period. Cohesion policy will continue to be the essential investment arm of the EU and will be structured around five policy objectives. These will indeed enable us to build a smarter, greener, more social and more connected Europe that is closer to citizens. We continue to focus on these objectives and stimulate their economic and technological transition of our regions. Stronger linkages with economic governance and the European Semester process are proposed to make both programming and implementation future-proof. These measures will render Cohesion policy more effective, building on necessary structural reforms in Member States. Thus, coordination with the other EU policies will be strengthened.

The new legislative package strikes a delicate balance between continuity and the need for reform. We kept what was successfully working while we made it simpler and more operational. We propose more than 80 simplification measures that answer the concerns of the beneficiaries and the authorities: simpler programming, implementation and reporting. The new Cohesion policy will be less about collecting bills and procedures and more about delivering better and faster results.

The proposal also takes our performance orientation one step further by proposing a mid-term review of all programmes starting in 2024. The post-2020 cohesion policy will be more modern, flexible and simpler.

The RegioStars Awards identify good practices in regional development and highlight original and innovative projects that are attractive and inspiring to other regions. Tell us about last year’s winners.

I was present at the meetings of the independent jury and I am particularly proud of the 2018 edition of the RegioStars awards, rewarding the best Cohesion policy projects. All the finalists chosen represent inspiring solutions to a European problem.

Additionally, the Vista Alegre Heritage Museum in Portugal received the public choice award, as it was voted for by the most people online. The museum is focusing on the porcelain production of Vista Alegre that dates back nearly 200 years.

I am confident that the RegioStars will continue to act as ambassadors of EU Cohesion policy and lead to many more inspiring projects in the future.

You took part at this year's EUinmyRegion campaign where over 2500 projects from 27 countries participated. The event opened the doors to more than 450 000 visitors to showcase the winning projects. What impressed you the most?

Three elements impressed me the most: diversity, coverage, creativity.

The diversity: opening EU-funded projects in cities and villages, in capitals and rural areas. Projects on energy efficiency, to support SMEs, for social inclusion, the environment, and lots more.

The geographic coverage: managing authorities were able to mobilise project beneficiaries in dozens and dozens of regions across Europe, to support promising ideas for very different territories.

The creativity: organizing a marathon around the financed projects, a treasure hunt with a school, a public showcase in a central square, a virtual visit to cultural projects.

The Road Trip Project is an initiative of the Directorate-General for Regional and Urban Policy of the European Commission. The initiative aims to engage young audiences. Tell us more about the project and its achievements.

The Road Trip Project is a modern communication initiative providing young Europeans with an opportunity to experience first-hand what EU solidarity stands for and what it does on the ground. It's a project-related journey throughout Europe where the participants act as ambassadors for a variety of projects and initiatives enabled by the EU. By doing so, they promote values that are at the core of the EU.

The 2018 edition gave an opportunity for four duos (eight travellers) to explore Europe on four routes across different regions of Europe. During the project visits they had the opportunity to experience concretely what the projects were about and to discuss with the people behind them, who could share the benefits of these projects. Out of these encounters, the travellers, together with a filming crew, produced videos for social media in which they told concrete stories of Cohesion policy in their own words. Based on the travellers' experiences, an alternative tour guide “99 things to do in Europe” is now available online, for everyone interested to make their own discoveries regarding investment challenges in Europe. The project is part of our efforts to address a lack of awareness about EU-funded projects in Europe's regions, especially among younger citizens.

During four months in 2018, the travellers crossed more than 20 countries, visited over 50 EU co-funded projects and produced over 60 video stories. These videos have been viewed 22.8 million times and the website received 400 000 unique visitors. During the campaign we had 125 000 interactions with the audience, which proved the need for sharing the EU's actions via social media and video platforms. Moreover, the local press covered the experiences of the travellers extensively.

The 2019 edition with a few modifications in the format will be running during the spring ahead of the European elections. The awareness campaign is going to be launched in early March. New routes, new projects, new encounters and new opportunities to take part. Stay tuned on all our social media accounts!

It seems that we share the same passion to inform European citizens, in all EU regions and cities. In this sense, I can only encourage you to help us spread the word about the many ways in which the EU puts citizens at the heart of its policies.