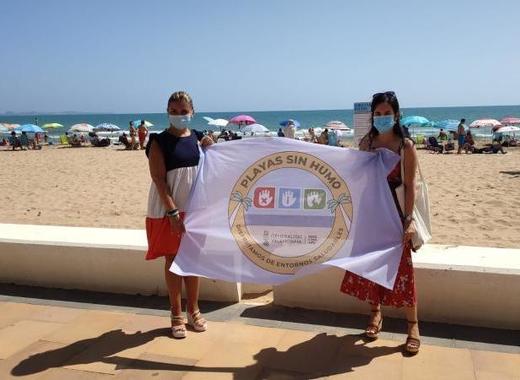 Alicante’s municipal website announced at the start of this past weekend that the city’s tourism board has decided to join a pilot project under the name “Playas sin humo. Disfrutemos de entornos saludables” (Beaches without smoke. Let’s enjoy a healthy environment) that will involve the beaches of Urbanova-Saladares and La Almadraba. The campaign is carried under the patronage of the regional health ministry of the Valencian autonomous community.

No smoking means cleaner air, cleaner sand and cleaner sea for all

The purpose of the campaign is to help bring about more sustainable beaches and a more pleasant environment for beachgoers. To that end, the entry points of the two beaches will have banners with the logos of the campaign displayed in order to catch the attention and inform the visitors.

The initiative has a dual aim that seeks to combine care for the natural environment with personal care for one’s wellbeing as well as that of the people around. Furthermore, discouraging of smoking as a habit has better results when it has visibility in public, so that young children will adopt the new norms by copying what adults do.

What is interesting is that the campaign has transformative aims which seeks to gently remind citizens of the need to take care of themselves and the environment without sanctioning them. That means that the local police will not impose fines on people who smoke but will instead recommend to them to do it on the promenades outside of the beaches.

"We intend to raise awareness about the sustainability of the beaches, and take care of them by favouring the preservation of the marine environment," said Mari Carmen Sánchez, Deputy Mayor of Alicante and President of the Tourism Board, adding: "It is only a citizen awareness campaign. Without any kind of tax collection effort behind it".

Changing old habits might not be easy but it would certainly be advantageous in the long term since it has been reported that more than 5 kilograms of cigarette butts are collected daily from the city beaches. Even more, this is not a simple task as it requires manual work with rakes and sieves because the standard beach cleaning machines are not able to pick such small items.