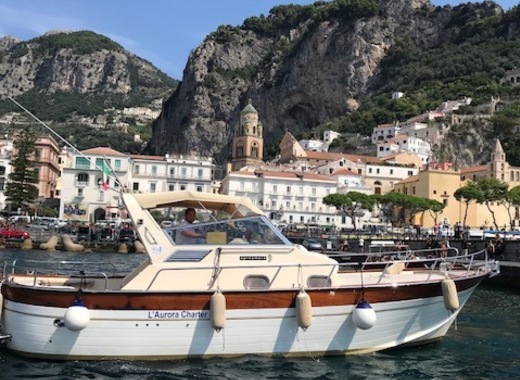 Amalfi is an incredibly beautiful Italian gem. Its cluster of white buildings gleams like a pearl in the strand of towns strung along the Amalfi Coast. It is one of the most important historic towns in Italy, having had a glorious history as a maritime republic whose status ranked it amongst the coastal powerhouses of the likes of Venice and Genoa. Amalfi was a trade bridge between the Byzantine and the West for centuries. Its importance in that historic trading league is celebrated every year with the Regatta of the Four Ancient Maritime Republics, which takes place every June, alternating among each of the four cities to battle once again for seafaring bragging rights. It's a spectacular event. 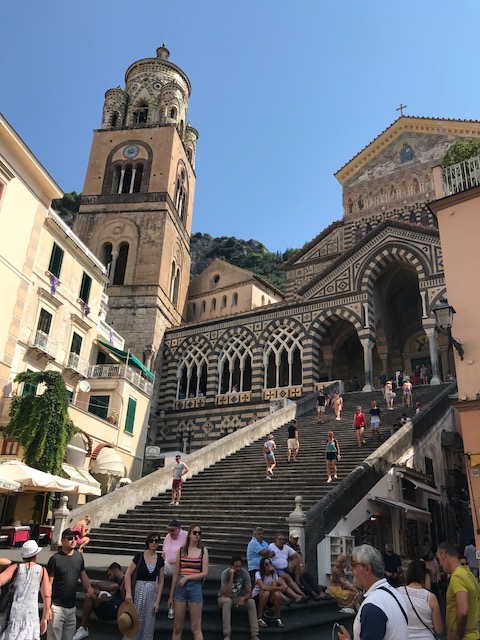 Amalfi proper starts at the water's edge with a pretty promenade along the Mediterranean and a marina full of colorful boats carrying international flags. The focal point of the historic center is the Piazza del Duomo, in front of the striking cathedral. The piazza is clustered with many cafes and shops, but the sixty steps leading to the church beckon to be scaled in roder to visit the Byzantine style structure that bears Moorish-influenced arches and decoration. Dedicated to St. Andrew, the Duomo di Sant'Andrea is a truly impressive historical marvel.

The architectural and artistic values of its monuments and historical buildings, the indescribable beauty of its landscapes, its folklore and traditions have made, and still make, Amalfi one of the most desirable destinations in the world for the summer holidays.