Amalia Zepou, Vice Mayor for Civil Society and Innovation, Municipality of Athens: What made Athens the Innovation Capital 2018 is that we demonstrated how innovation changed our way of thinking

Athens highlights innovation as a mindset, a culture that was able to re-engage those that had lost faith in the city, and proved you can do more with less 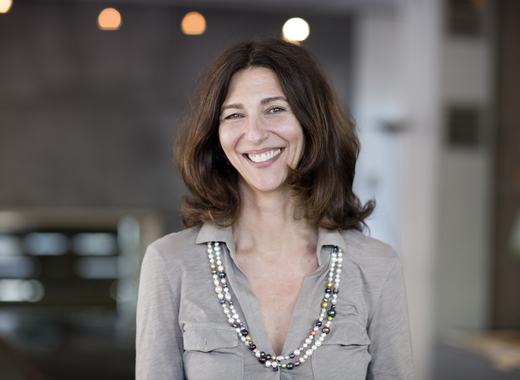 Congratulations for becoming The European Capital of Innovation 2018. What is the most innovative element of your application that brought you the prestigious title?

What made Athens the Innovation Capital 2018 is that we demonstrated how innovation changed our way of thinking. Athens highlights innovation as a mindset, a culture that was able to re-engage those that had lost faith in the city, and proved you can do more with less.

How do you plan to use the 1 million Euros award you just won? What kinds of innovative projects are being considered?

The nomination itself is a great honor that goes beyond the 1 million. We would like to find a way to respond to two pressing needs: One is to continue implementing innovative projects in the city, and the other to join more dynamically current European city-networks that adopt innovation for better governance.

It would be great to see Athens as a city of reference for Europe, as a lighthouse for the kind of innovation it is awarded in 2018.

How can innovation help Athens to find new purpose and turn around the economic and social crisis? Is the power of innovation the shortest way to sustainable development of the city?

In some situations innovation can act as a shortcut. In Athens, it showed how the role of the municipality can change into becoming a system whose job is not about deciding what should be done and how; its role can be to reach out and explore the existing knowledge, the existing activity and discover existing unused resources. It is necessity that pushed Athens to think differently, and it did so by turning and trusting its own potential.

Innovation led Athens to try a new form of participatory governance, where the ecosystem not only shares decisions but also responsibility toward the city.

Athens through innovation demonstrated that it can shift outdated and dysfunctional systems into becoming better by involving its citizens through all stages of participation, from idea to ownership, making cities places they want to belong in.

The Curing the Limbo initiative gives refugees and migrants the possibility to connect with other residents in order to learn Greek, to develop new skills and to find employment easier. Is it possible to integrate so many refugees? In your experience what are the short and long-term challenges of the migrant crisis?

Curing the Limbo, is a pilot project for integration of migrants and refugees in the framework of the Commission’s Urban Innovative Actions initiative: The project connects the refugee population to active citizens of Athens, in a cyclical exchange system that is also addressing city needs. The uniqueness of “Curing the Limbo” lies on a collaborative model that provides capacity building and affordable housing, while improving participants’ basic skills through active participation in neighborhoods. The program aims to introduce a dynamic model of action, where refugees are being reactivated, while they themselves give back to the local community. Refugees and the city both emerge from a state of limbo becoming active, starting to cooperate, and co-exist. This is the big challenge and the actual contribution of Curing the Limbo for the city and refugees’ integration. This is an aspiring model for Europe, as well, given the increasing number of marginal and inactive people in our cities.

The city of Athens created the Digital Council in order to support digital literacy and foster civic technology such as smart recycling bins and other. Tell us more about this initiative and the results it achieved so far.

The scope of creating the Digital Council is to bring together all the important digital stakeholders of the city: Local administration, big IT, telco companies and of course universities. Through the Council, Athens was able to form new kinds of synergies such as: 1) the Athens Digital Lab, supporting the local tech community in order to develop digital applications and help the city in its digital journey: The ADL offers innovative digital solutions developed by local community and the city staff, sharing developers’ knowledge and city data respectively. Until now 4 apps have been implemented and a second open call in now in the air. 3) The Start Project, an initiative under the sponsorship of Microsoft: This offers access to a complete series of programs and services for the development of new ideas and digital skills, with the goal of promoting technological advancement and the creation of sustainable tech-oriented businesses. The program’s ambition is to breathe life into local communities and bring its people closer under the same educational and cultural roof, open to anyone, regardless of origin. 4) Through the Athens Open Schools program, free courses for digital skills are offered in 25 schools in Athens in the school buildings after school-hours for the entire neighborhoods.

What is the innovative future of a city so ancient and full of history as Athens?

I-capital winning video shows the new Athens. A vibrant city un-afraid of sudden difficulties, the only city in Europe today that can claim that innovation is not only necessary to develop the right reflexes for addressing change but also accessible to all cities, no matter what challenges they face.

How Athens connects its community groups? Please tell us more about the platform synAthina that you are founder of.

SynAthina is the common space which brings together, supports and facilitates citizens’ groups engaged in improving the quality of life in the city. By coordinating the invaluable resource of citizens’ groups, the City of Athens actively listens to the needs of its people and is thus revitalized. By supporting the activities of citizens the City creates a new perception about the relationship between civic society and local governance and cultivates their dynamic, bidirectional bond. SynAthina was created in July 2013 and today comes under the Vice Mayoral Office for Civil Society and Innovation.

Athens becomes the first city in Greece with an integrated Climate Action Plan. How can innovation and ecology collaborate in order to create sustainable future?

Athens Resilience Strategy offers a set of new integrated ways to prepare and protect our most vulnerable from future shocks and stresses that the city will face.  Boosting the city’s resilience means creating new as well as revitalizing existing open and green public spaces. This is vital for our densely built and populated city, threatened by both intense heat (climate change) and earthquakes. The city needs to become more forward thinking and proactive, turning its challenges into resources (vacant buildings, newly arrived refugee and migrant populations, energy, and waste). Around such resources, it will build capacity and start to develop economies that, together with tourism and the creative sector, will generate the city’s future. Finally, the city will strengthen its government, through becoming more transparent and accountable, opening streams of communication, creating a digital agenda and innovation strategy.

We love the idea of a connected European platform for innovation. But the difficulty is to find how to avoid making another think-tank, or making another virtual meeting space.  We would like to create a space of action, of un-interrupted innovation activity, of exchange and inspiration, rooted in European aspirations.