The tests concluded Roboat’s second year of research, as part of a five-year collaboration 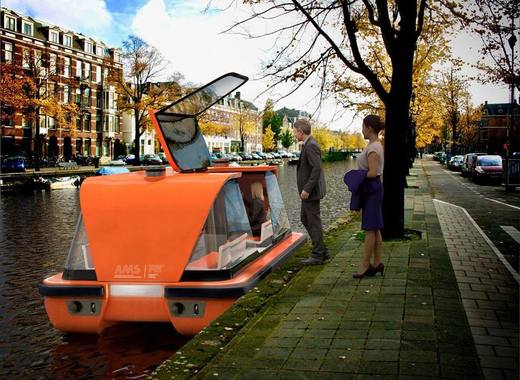 With nearly one-quarter of the city covered by water, Amsterdam is an ideal place for developing autonomous floating vessels. Small-scale autonomous boat prototypes have been tested in the Dutch capital to evaluate their potential to relieve road congestion by ferrying commuters and collecting household waste along the city’s extensive canal network. The tests concluded Roboat’s second year of research, as part of a five-year collaboration between the Massachusetts Institute of Technology and the Amsterdam Institute for Advanced Metropolitan Solutions.

The full-sized prototypes with four-by-two-metre hulls will be equipped with sensors, micro-controllers, GPS modules, and other hardware and could be programmed to self-assemble into floating bridges, concert stages, platforms for food markets, and other structures. Next year, the team will look to produce a 1:2 scale Roboat, test prototypes for the collection of household waste, develop a use case for the urban transport of people, develop the water sensor technology, and explore the use of LIDAR and camera sensors for the inspection of quays and bridges. A new type of sensor has also been attached and tested that can continuously measure water quality as the vessels move around.