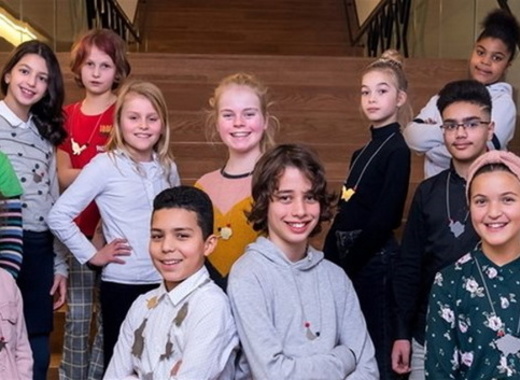 Amsterdam is once again looking for a children’s mayor and new representatives for the children’s city council. The youngest residents of the Dutch capital can apply for this prestigious but challenging position by 21 September and get the chance to make their voices heard.

The term of the current children’s council and its head – the children’s mayor of Amsterdam is about to expire on 1 November, which is why the Dutch capital announced a new round of applications earlier this week. Children from grades 7 and 8 in elementary schools (11-12 years olds) are eligible, 14 of which will be selected to sit in the council and one will become mayor.

The young Amsterdam representatives are in charge of a particularly important task – to ensure that the wishes of local children are taken into consideration by the authorities and that they end up on the political agenda. For this purpose, the members draw up a list of topics they consider important and think about how things in the city can be improved.

Their work schedule is rather tense as well – on top of going to school and attending extracurricular activities, they meet once a month on Wednesdays during the school year and continuously communicate with other organisations and children from the city to get them involved in local issues. Their administration's term lasts one school year.

The topics of previous councils have included discrimination, poverty, security, greenery and sustainability. The aim of the meetings is that the council formulates three concrete recommendations for each topic. The Ombudsman for Children then verifies whether the municipality is actually working upon the advice of the Children's Council.

There are, of course, also ceremonial functions – for example, the children's mayor accompanies the mayor and / or aldermen to special events such as the entry of Sinterklaas (Saint Nicholas) and may be invited to give a speech on the occasion.

As the current Children's Mayor Ilias put it: “Being a children's mayor is very special and really great fun. I feel honoured to be the very first to do it in Amsterdam. I have been through a lot, worked hard and learned a lot. I now wish another Amsterdam child to experience what it is like to be a mayor.”

By their participation, the members of the children's council learn a lot about democracy and participation and experience what it is like to get involved in social matters. Their work is taken seriously by the politicians.

Those who want to embark on this new adventure are invited to register and send a video by 21 September. The local authorities will then nominate several candidates from each district and a jury will decide who makes it up to the council.

The latter will then elect among themselves the new mayor. His or her name will be announced by the Mayor of Amsterdam Femke Halsema.