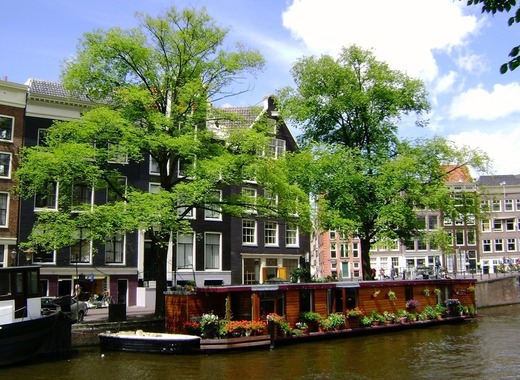 The Municipality of Amsterdam presented its green vision for the future earlier this week. The document depicts how it wants to keep the city green in the leadup to 2050 and how to go even further beyond. The vision is still a concept waiting for the feedback and contribution from citizens.

A liveable city for people and animals

Greenery is important for a pleasant and healthy living environment and is of essential importance to protecting the city from drought, heat and extreme rainfall, reads the 80-page long document. In a growing city, there is also an ever-increasing demand for living space. Attention is therefore needed for the construction, conservation and management of greenery in the backdrop of further urbanization.

The Green Vision pays particular attention to the accessibility of greenery, as everyone living in the city should be able to enjoy it close to their home. Small parks, green strips, trees near houses, where everyone can sit in the shade on a hot day and take advantage of the cooling effect of the green areas, is what the vision targets.

Ideally, all of this should be linked by a network of green-blue connections, like green city streets, tree avenues, green walking and cycling routes. The document also mentions the need to create a new urban forest, which will significantly increase the number of trees and support the wildlife that has made its home in Amsterdam.

“With this Green Vision I want to ensure a good balance between green and concrete, nature and recreation, people and animals, and I hope that entrepreneurs, schools, developers and Amsterdam residents will be inspired by this and participate in the greening of the city. So that in 2050 we will have a beautiful, green, liveable city where all residents, people and animals, live pleasantly” explains Laurens Ivens, Alderman for Living, Building, Public Space, Green, Cleaning and Animal Welfare at the municipality of Amsterdam.

Every five years, the municipality will be preparing an implementation plan, aligned with the Vision. It is not clear where the new investments will come from, but the city will probably be seeking financing from national and EU funds, private parties, including the companies and residents of Amsterdam.

Of course, achieving the goals of the vision is impossible without the contribution and the participation of all members of Amsterdam's civic society. That is why the municipality invites everyone to consult the Green Vision 2050 (in Dutch) and submit their opinion by 25 June.