Next year, there will be completely new and electric ferries crossing the channel 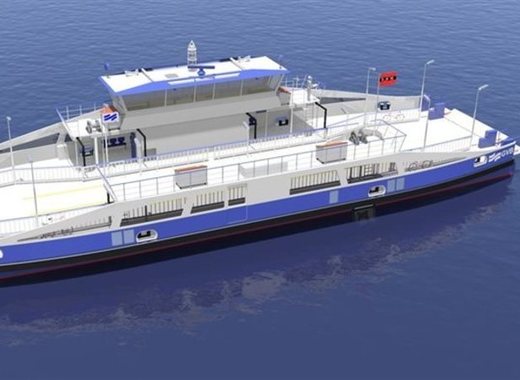 Clean energy ships will soon be crossing the North Sea Canal in the Netherlands, reports Amsterdam City Hall. The local administration of the Dutch capital has announced that it will be replacing the old ferries traversing said route with new electric ones.

The measure concerns a total of 5 ferries for 3 crossings over the North Sea Canal towards Ijmuiden. The first new ferry will arrive in the summer of 2021. After that, one will arrive every six months, until 2023.

Characteristics of the e-vehicle

The new electric ferries are charged in 3 minutes, after each return trip which takes 20 minutes.  They are powered by a 'plug-in hybrid' and each ferry will have approximately 2 x 340 kWh of battery capacity. Above wind force 8, a generator can be turned on if necessary.

The new electric ships are 41 meters long and almost 14 meters wide. They will be able to carry 20 cars, 4 trucks or 400 passengers per crossing. Furthermore, if there are more pedestrians and cyclists waiting compared to vehicle drivers, the passenger deck can be adapted accordingly thanks to moving gates.

Crossing the canal in a more sustainable way

In recent years, the ferries across the North Sea Canal transported more than 350,000 cars per year. The current North Sea Canal ferries date from the 1930s. Now, users of the Hempont near Zaandam, the Buitenhuizerpont and the Velserpont can look forward to a more sustainable crossing.

See more from the video below: