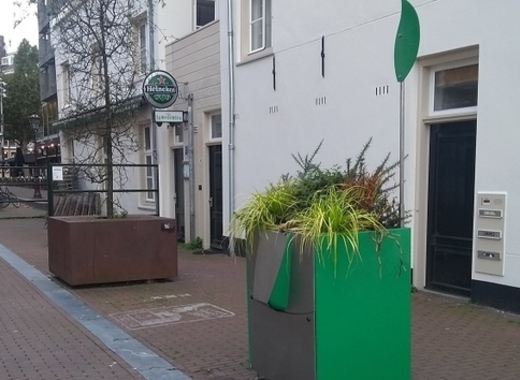 All big cities with bustling nightlife or massive events share one common problem – public urination. Yet where some see simple degenerate behaviour, others spot an opportunity. Local authorities in the Dutch capital of Amsterdam are precisely such visionaries that want to turn the assault on public property into a service for the environment.

Making the best out of a bad habit

Perhaps it is that Amsterdam’s government has given up on trying to change the habits of its citizens – or perhaps it simply eyes yet another opportunity to push forwards its climate ambitions. Or perhaps, it’s a combination of both.

Earlier this week, authorities began installing the so-called “GreenPee” urinals around the red light district. Flower pots by day, public toilets by night these facilities allow for the harvesting and recycling of urine, making use of its phosphates, while the plants themselves remain hydrated with clean rainwater.

More specifically, the GreenPee urinal gathers the liquid in a container with hemp fiber that absorbs the smell and then turns it into 10% liquid fertilizer and 90% water used for flushing. The fertilizer is then used to sustain the plants that grow on top, thus creating a circular chain of urination and plant growth.

The municipality of Amsterdam has been experimenting with these facilities and has been working with the inventing startup on a trial basis for over a year, tinkering with different ways of how to make the public urinals more convenient and more welcoming. Now, after all this time, the city has successfully begun implementing the practice more widely, thus allowing for citizens to contribute to the fight against climate change and to the creation of a circular economy simply by peeing outdoors.