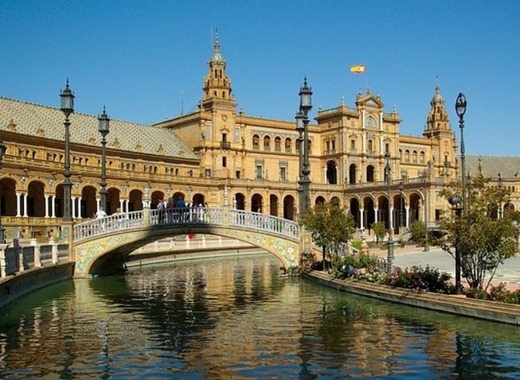 El día de Andalucía (or Andalucía day) is celebrated on the 28th of February. It marks the day when in 1980 a referendum on the statute of Andalusia was held and it was declared an autonomous community within Spain. In accordance with the referendum, the statute granted Andalusia the highest level of competence within the configuration of the Spanish state. The first elections to the Andalusian Parliament were held two years later - on May 23, 1982. For this period, the Andalusian economy has grown and generated employment at a higher rate than in the rest of Spain and the European Union.

Traditionally, the holiday is celebrated with large festivities and a special festival is organized across all settlements of the region. The flag of Andalucía – green and white – is on display everywhere, from buildings to drawings on peoples’ faces. Children have special parties on the Friday preceding the 28th and enjoy a typical breakfast, consisting of orange juice and toast with olive oil. They also learn about the history of the day and sing the hymn of the region. In the whole area of the community the 28th of February is a non-working day.

Andalucia (also spelled as Andalusia) is located in the southern part of Spain and is the biggest autonomous community in terms of population. It is divided into eight provinces with a capital city of Seville.