The package containing different measures will come into force starting 2020, pending the approval of the EU’s new Multiannual Financial Framework 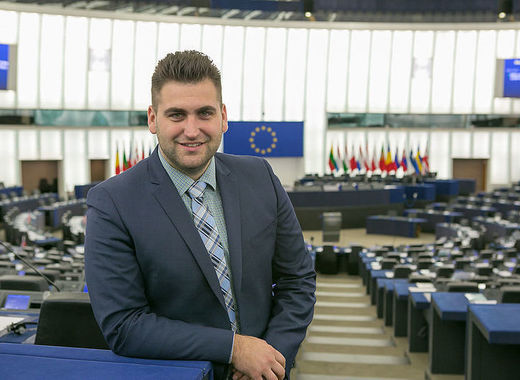 The European Commission recently approved a proposal by Bulgarian EPP MEP Andrey Novakov, containing a package of measures aimed at fighting fake news in online media. The fake news and alternative facts phenomena have shaped much of the EU’s cybersecurity policy over the past couple of years – following the Brexit referendum and many allegations of Russian interference in national elections in the European Union’s member states.

The programme proposed by Andrey Novakov will further boost the EU’s efforts in fighting the spread of disinformation. The recently approved package includes stimuli for media outlets to hire new staff to monitor the fake news output in comment sections, to create software to combat the spread of disinformation and to generally be better prepared to handle the influx of trolls, manipulating their content.

“Disinformation can influence elections and the work of governments not only in Europe, but also everywhere in the world. This new programme will help support European media…”, the MEP stated. The foreseen budget for the package is estimated at 2.5 million euros, which will be distributed amongst the media outlets who need it the most, according to Novakov.

Now that the proposal has been approved by the Commission, it’s up to the Council and the Parliament to approve its budget. When that is done, the Commission will further refine the rules and regulations which will be guiding the functioning of the programme. It is expected that come spring 2020, all of the hurdles will be cleared and media outlets from all EU member-states will be free to submit their applications for funding.