Angela Merkel’s appearance at the Committee of the Regions 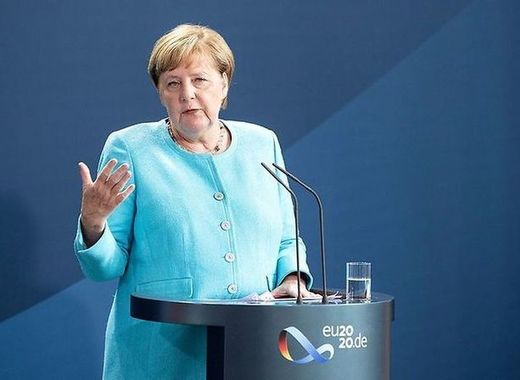 Earlier today, German Chancellor Angela Merkel spoke on what was the second day of the 140th Plenary session of the European Committee of the Regions (CoR). She appeared virtually to representatives assembled in Brussels and others watching through a video-link. CoR representatives expressed their most urgent concerns to the German Chancellor with the hope that she will take heed of the issues important to them and push them for discussion at the upcoming European Council meeting on 15-16 October.

The big themes in the debate were: Cohesion, recovery and climate change

Chancellor Merkel spent several minutes on the screen using the time to highlight the goals of the German Presidency until the end of the year. She insisted that dealing with the coronavirus pandemic was not about managing a short-term crisis but rather about making Europeans less susceptible to future crises by ensuring that European economy becomes more resilient and sustainable.

She was also adamant that her country’s Presidency is about forging ahead on the issue of immigration, since it is a burden for all of Europe, and the proposed Pact represents a compromise where every member state contributes to a solution in a spirit of solidarity.

Mrs Merkel also warned CoR members that we should all prepare for the unfortunate case of Brexit without a deal, even if she committed to wholeheartedly working to avoid such a scenario. She also expressed optimism that the upcoming Conference on the Future of Europe that will be organized by the EU will be an excellent opportunity to discuss all pressing issues.

The German Chancellor then listened to short statements from each of the Presidents of the political groups at the Committee of the Regions. Her response took a conciliatory approach which tried to ally each of the representative’s concerns, assuring them that their interests will be raised at the upcoming Council meeting.

Much the pragmatist, however, Mrs Merkel once again reminded everyone that solidarity is necessary but not so easy to achieve. She did not respond directly to CoR President Tzitzikostas’ and CoR Socialists President Rouillon’s requests for stronger representation of local and regional governments in European decision making and decentralization.