Area for physical activity of the elderly opens in San Sebastian 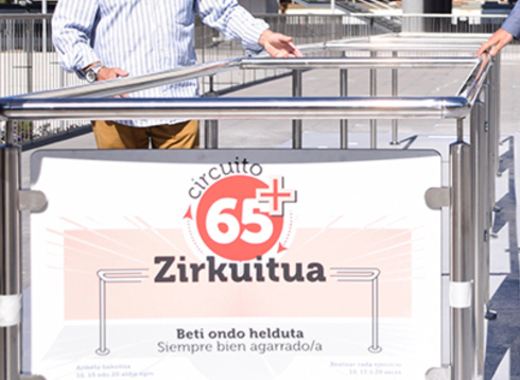 As of last Friday, there is a new facility dedicated to the elderly of San Sebastian. The Spanish city, also known as Donostia, has inaugurated a new public open space in the Plaza Blas de Otero with furniture adapted to the needs of the elderly. The mission of Gerobide project, clearly, is to stimulate their physical activity and to maintain high levels of cognitive effort, thereby promoting health.

The area consists of a circuit with routes which enable various exercises. The furniture is designed so as to give its users more autonomy when exercising and is oriented toward the local retirement clubs. On the inauguration of the facility the Mayor of the Basque city, Eneko Goia, stated that this project is expected to help promote active aging in San Sebastián. In fact, thanks to physical exercise, aging slows down which is why it is important for there to exist an available offer of physical activity suitable for this particular age group. Prior to the inauguration of the newly adapted area, such initiatives were limited only to geriatric parks.

Euskadi, local name of the Basque country, is an autonomous community in Spain. It is among the longest-living societies worldwide, along with Japan and France.

Here's the video from the opening ceremony: