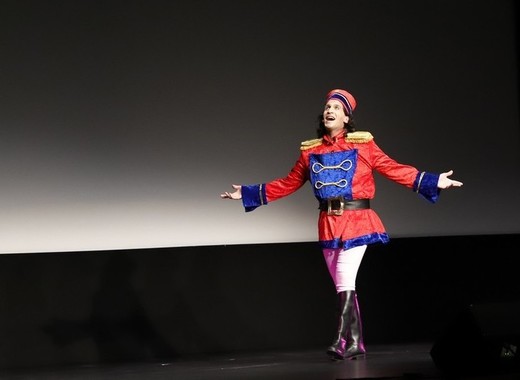 Earlier this week, the municipal website of Setúbal announced the start of the annual art festival ExpressArte (a play on words that can also be translated as ‘Express yourself’) in the city dedicated to artists and creators living with disabilities.

This is the 21st edition of the annual event, which seeks to promote greater social inclusion, acceptance and a wider awareness of the creative output of more marginalized communities. The festival and its varied programme will run until 4 December.

Arts and art creation can have therapeutic and socially equalizing role

The initiative seeks to integrate creative offerings from the widest spectre of artistic production, including visual arts, theatre, dance, music, cinema and poetry.

The opening ceremony, on 3 November, attended by several city officials, was held at the Luísa Todi Municipal Forum. The festival is organized with a support from the Setúbal Municipality and the Youth Animation Club of the APPACDM (Portuguese Association of Parents and Friends of the Mentally Handicapped Citizens).

The day chosen for the opening ceremony was symbolic since it was the International Day of People with Disabilities.

This year, due to the present sanitary restrictions, it was decided to hold most of the events online, which is the first time that this format has been tried out by the organizers. As for the activities that will be held in person, those will take place at Valencia APPACDM.

Viewers can enjoy the wide cultural offering, and this year there is also an “Art in Schools” challenge that has been organized for the school community. For those, who would like to check out the full agenda of the festival, can do so by consulting its Facebook page.

Apart from Setúbal, the neighbouring municipalities of Palmela, Moita, Montijo and Sesimbra are also hosting some of the events.