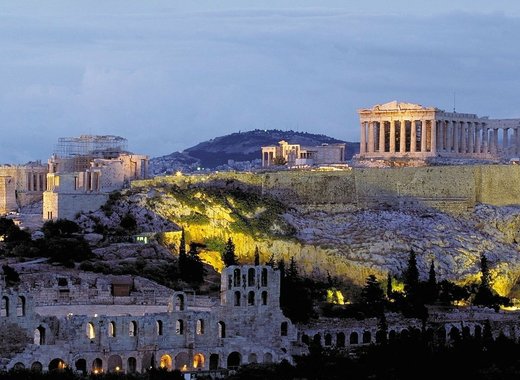 The Athens Acropolis is perhaps Greece’s most well-recognized and well-known tourist site. People from all around the globe venture to the country specifically for the sole purpose of marvelling at its splendour. And soon, especially once travel and flying bans have been lifted, new arrivals will have something even better to look at.

Making use of the circumstances

Ever since Greece first introduced its own lockdown measures, the country’s tourist and archaeological sites, as well as its museums have been deserted – practically abandoned by citizens who are forced to remain home and tourists who are for all intents and purposes denied entry.

That unfortunate situation, however, presents a great opportunity for local authorities to make renovations that would have otherwise taken up far more time. On average, 1.5 million people visit the Acropolis each year – now, thanks to the lockdowns, that number has shrunk into nonexistence, allowing construction, upgrade and renovation work to be completed faster.

It also means that those who visit the country after the lockdowns have been lifted will find something far better than before – especially in terms of convenience and accessibility.

The most important changes coming to the Acropolis include the introduction of lifts to and from the site, access ramps and paths meant to facilitate the trips of wheelchair users, the addition of new lighting around the venue, making it safer and also more cost-efficient and improvements to the ticket selling system. The local electrical network will also undergo upgrades that will feature enhanced protection against lighting, following a thunderstorm that injured 4 people last year.

Improvements to the site itself are also planned – namely the removal of unnecessary parts of scaffolding that obstruct proper views of the Parthenon thus making it even more beautiful to look at.