Athens is the World Book Capital 2018 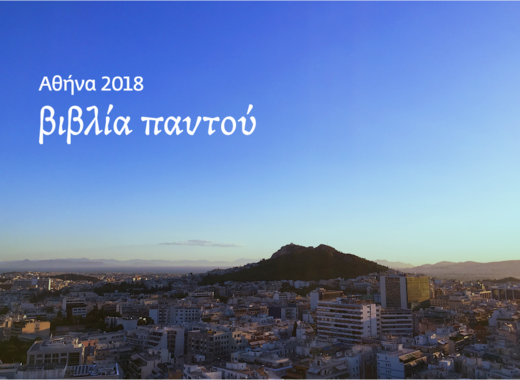 Athens already started its one-year tenure as the World Book Capital, during which time it will host more than 250 book-related events across the city. The World Book Capital title is awarded to a different city each year as part of UNESCO’s initiative to pay tribute to two giants of world literature, William Shakespeare and Miguel de Cervantes, who died on the same day – April 23, 1616.

Athens was officially inaugurated on Monday by Mayor Giorgos Kaminis in a special ceremony at the Acropolis Museum in the presence of President Prokopis Pavlopoulos. Cultural events also took place in the evening on Dionysiou Areopagitou Street, a pedestrian walkway just south of the Acropolis, and the Herod Atticus Theater.