With the easing of lockdown restrictions, trains will start running on their usual routes and timetables on 11 May 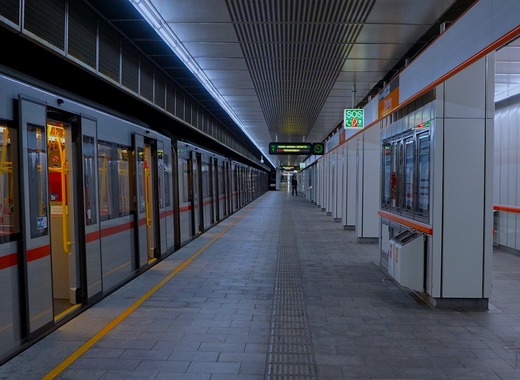 After Austria became one of the first countries to begin easing its lockdown restrictions earlier in April, the country’s government announced a step-by-step guide on how it will approach to reopening of its society and economy.

One of the main steps towards returning life to normal is the reintroduction of regular use of public transportation services – one of Austria’s most prized and developed sectors as part of their efforts not only to improve travelling conditions but to also protect and safeguard the environment.

Local and regional rail transportation has been significantly hampered during the crisis as social distancing measures and hygiene protocols did not allow for trains to travel at full capacity and as frequently as before. Furthermore, travel itself was also severely restricted, driving down demand for the service and causing operating companies significant economic damage.

Returning to business as usual – for the most part

The decision for the reopening of the country’s public transport network was made last week by the government and was announced by the Austrian minister for Climate Protection and Mobility Leonore Gewessler.

It will officially take place on 11 May – a key date, just 1 week before the official reopening of educational facilities across the country. The government estimates that this should give operating companies enough time to prepare for the new conditions they find themselves in.

Namely, in order for them to be allowed to operate, they must provide regular disinfection of their vehicles and automated opening of doors as well as ensure that all passengers who get on are wearing the mandatory personal protective equipment covering their mouths and noses.

Should the public transport network be allowed to operate at least in some capacity that will provide not only operators with significant financial relief, but would also serve as a boon for many citizens who had been facing challenges in getting to work in recent months.