Autonomous electric bus to be tested in Malaga 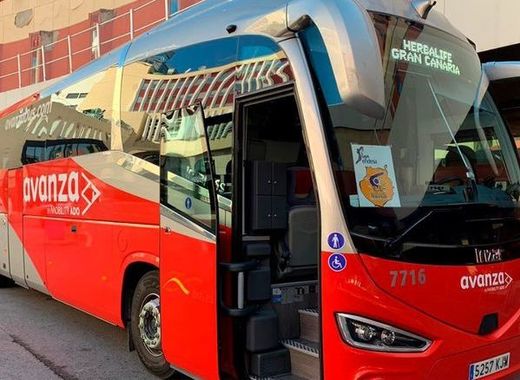 Source: One of the buses that Avanza currently uses / avanzabus.com

An autonomous electric bus will soon be tested in Malaga, Spain as part of the urban transport network. The Avanza company announced last Wednesday that in the coming months they will put into circulation an autonomous vehicle as part of AutoMost project on which they have been working for three years now, report ABCdesevilla .

No special lanes or routes

AutoMost will be pilot tested for between three and six months, travelling from the port of Malaga to the historic centre of the city. The autonomous bus will serve visitors arriving at the cruise terminal of the capital of the Costa del Sol.

The bus is manufactured by Irizar, it is 12 meters long and can carry up to 60 passengers. Furthermore, it is provided with sensors that will allow it to integrate well with the rest of the vehicles that circulate around the city. It is powered on electricity which means that the bus will not pollute the air. No special lanes or route are previewed for the driverless bus – it will follow the usual ones.

AutoMost is the result of a project aimed at developing technologies that allow the automation of vehicles in urban and industrial transport, in order to significantly increase efficiency, safety and sustainability. The project is implemented together with 11 other partners, including Datik, Etralux, Insitu Engineering, Novadays, Masermic, Tecnalia, the Polytechnic University of Madrid, Insia, Ceit-IK4 and the University of Vigo. It has received financial support from the Centre for Industrial Technological Development (CDTI) and has also been embraced by Malaga City Council. The project is also partially funded by the European Regional Development Fund (ERDF).

Avanza’s CEO Valentín Alonso, quoted by ABCdesevilla, explained that the company wants to electrify its entire fleet. They will be allocating between 30 and 40 million euros for the renovation of the mobile park.