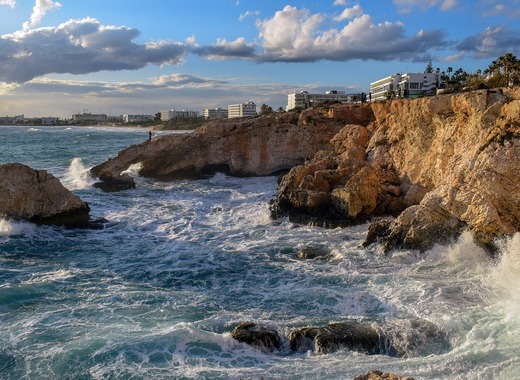 With the removal of most lockdown restrictions, local communities across Cyprus are looking towards new ways of rebooting their economies. One of the main factors in such plans has always been tourism – a primary source of income for many citizens, businesses – and, of course, in extension, local governments.

After national authorities began lifting the more stringent bans on travel and operation of venues, municipalities have quickly gone about transforming the landscape and making it easier for their constituents to quickly get back on their feet. With airports once again becoming operational and with citizens finally once again being allowed to freely fly domestically, with restaurants and hotels finally being allowed to reopen after months of inactivity, the city of Ayia Napa and its government are standing ready to seize the opportunity.

This year’s tourist season has been written off as a disaster by most countries and tourism-related businesses – but that does not mean that all has been lost and nothing can be salvaged in order to preserve as many jobs as possible and save the livelihoods of those depending on tourist income.

Ayia Napa has always been among the top domestic tourist destinations in all of Cyprus – and that is precisely what the local government will be focusing on. A slow trickle of returnees has already begun but local authorities are certain that the trend will continue with more and more people who feel safe travelling within Cypriot borders choosing Ayia Napa as their preferred vacation spot.

Furthermore, another hope lies on tourists coming from so-called safe countries, namely those states that have successfully managed to handle the coronavirus pandemic, ranking them alongside Cyprus itself, Greece, Israel and others. Once free travel for foreigners is truly reallowed, authorities in Ayia Napa are certain that they will be able to make the best of the opportunity.