Back to nature in an ecocapsule - completely independent and self-sustainable 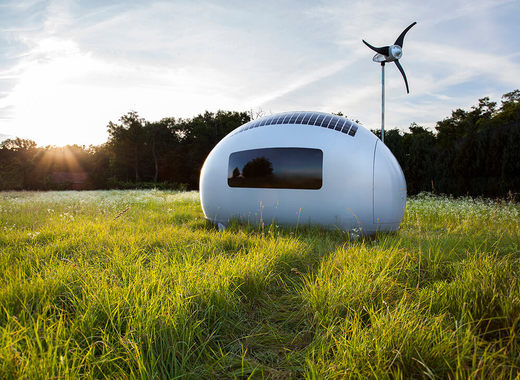 The first series of this self-sustainable mobile micro-home is already under production, however, the concept seems quite futuristic.The Slovak company Ecocapsule aimed to create a completely independent and self-sustainable unit. It has a smart home system and is controlled by an app. The mobile micro-home uses solar and wind energy, but can be charged by using electricity as well. It can also harvest rainwater, as well as filter water from natural sources.

It allows people to live far from civilization, practically anywhere. The unit can be used as a house, caravan, houseboat, hotel, research station, states the company. The first finished unit has been presented to the public on the 31st of January 2018 in Bratislava. However, the company still needs further investment to realize the mass-production. The investment process is run by a Czecho-Slovak crowd-investment platform called Crowdberry.