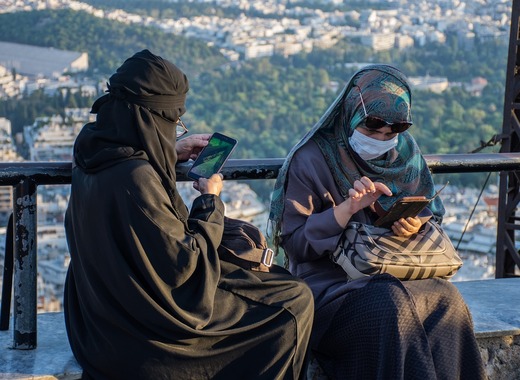 Full-face coverings have been a thorny issue in Europe for the last few years – ever since the influx of migrants during the 2014-15 refugee crisis, which built upon already deeply-rooted problems. Countries, states and cities around the continent have been approaching the issue their own ways with many administrations both on national, regional and local levels adopting bans on burqas and niqabs under different pretexts.

The latest region to join their ranks is the German state of Baden-Württemberg, where authorities have decreed that students in schools will soon be prohibited from wearing full-face coverings, аs reported by DW.com. The decision was reached on Tuesday by the regional government and is a logical follow-up of a previous ban on the practice that concerned only teachers.

For the sake of children and their freedom of choice

The topic of banning full-face coverings is multifaceted and has splintered the many parties from within. It is precisely in Baden-Württemberg where this is most evident, as State Premier Winfried Kretschmann from the Greens relented that such veilings on school premises can not be considered normal in free societies. Whether they should be banned on a university level, however, is an entirely separate question, as there, the students in question, are adults.

Deutsche Welle further reports that the division on the issue within the Greens has been an ongoing issue with many members believing that bans on full-face coverings can lead to the marginalization of Muslim communities and can have adverse effects on their integration into German society.

A similar attempt at a ban was also made in Hamburg, where courts overturned the decision of the city’s government, citing a lack of a necessary legal framework for it to go into effect. It was claimed that should changes to the city’s school law take place, the ban could be reintroduced.