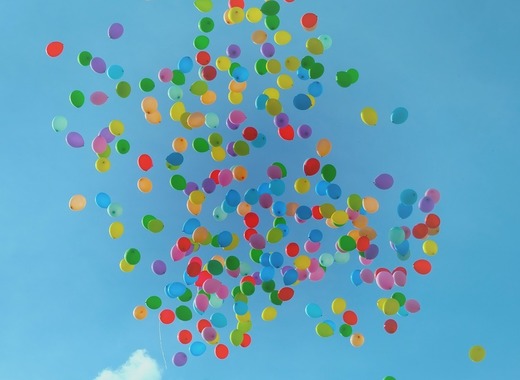 Children's parties with balloons are still allowed, but they can no longer be released. The same applies to weddings. The reason for such ban is that balloons bits cause rubbish that ends up on the streets, parks, beaches and in the water, and this practice is straight up bad for the environment. The remnants of balloons are eaten by fish, birds and other animals and it causes a lot of animal suffering.