Basque in the park: promoting regional languages among the youngest 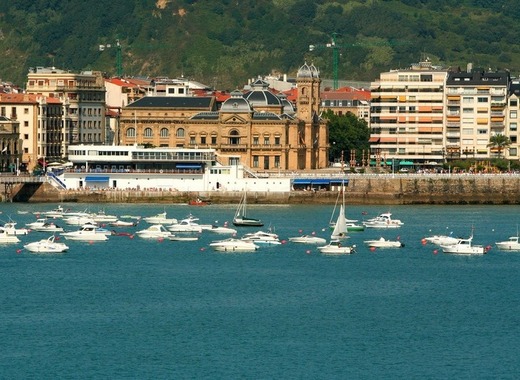 Basque is one of over 60 regional languages spoken in the European Union. With globalisation, preserving its strength becomes an increasingly challenging task. Yet this is of utmost importance for protecting the diversity and cultural heritage of Europe.

Basque cities to the rescue of Euskadi

This is what the local government of San Sebastian (or Donostia in Basque) believes in. Here is why the local Basque service, together with the Basque Commission in the neighbourhoods, will be launching a special leisure programme for kids.

“Parketarrak” wants to increase the use of Basque by the girls and boys of the neighbourhood in a playful manner. The project executed by Urtxintxa Eskola is free, and is divided into two programs:

What is more, in 2020 the program will be extended to fifteen neighbourhoods of the city arriving for the first time in Ibaeta. The first sessions start today, February 27, in Amara, Amara Berri and Loiola.

As local councillor for Euskera and Culture Jon Insausti said for the municipal portal, the project helps teach the regional language through games, and in addition, it is useful to mastering the language and promoting the habit of using Basque in the street.

Furthermore, thanks to the Parketarrak program, the recreational use of the language is deepened. This means that girls and boys will increasingly enjoy playing in Euskera and acquire the habit of relating to each other in Basque in their leisure time.

"Parketarrak" will be held throughout the year, divided into three groups: winter, spring and autumn.

In Spain the official language is Spanish, but there are six autonomous communities where it coexists with the local language. One of them is the Basque country where it is estimated that over half of the population uses it.