Belogradchik has set a historical record in tourism 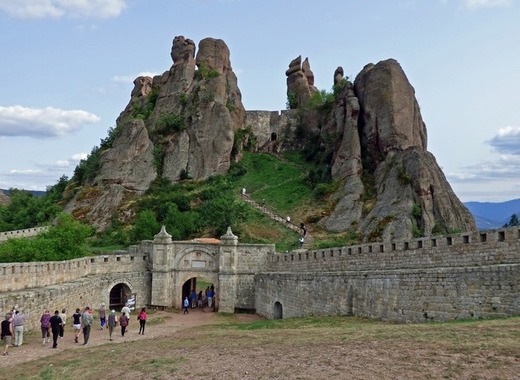 When the Czech historian and traveler Konstantin Jireček first visited the Belogradchik Rocks in the 19th century, he exclaimed: “No. This cannot be described in words. It has to be seen."

Since then, more and more tourists are apparently following his advice, because in 2019 Belogradchik - the administrative center of a municipality in Vidin region, northwestern Bulgaria - welcomed a record number of guests ever - 134 743 people, of whom 40 650 were foreigners.

The data was presented at the last meeting of the local tourism council, which adopted a plan for the development of the sector  in 2020, reported kmeta.bg. Figures show that not only the natural phenomena but also events organized by the municipality have proved to be of great interest, with the Opera of the Peaks festival and the Mountain Biking Rally being the most visited. This year the opera festival will have a new edition - at the end of July and the beginning of August, and the cycling event will take place on April 5 and 6.

To meet the growing interest, the municipality has printed new information materials in 10 languages ​​about its major landmarks. Due to the tourist influx in Belogradchik, 9 new guest houses and 5 dining establishments are now in business. For the first time, a combined ticket will be offered for all attractions.

There are 5 natural landmarks and a part of a biosphere reserve on a small area: the central group of the Belogradchik Rocks, the Magura Cave, the Venets Cave, the Bela Voda Waterfall, the Borov Kamak stone monument and the Chuprene Reserve.

The Belogradchik Rocks cover an area of ​​about 50 square kilometers. The fantastic natural formations was the only Bulgarian entry in the UNESCO competition for the New 7 Wonders of Nature (2007-2011). Today, the rocks can be viewed from above, thanks to a new attraction - a hot air balloon.

In addition to the Rocks, must-see attractions are the "Kaleto" Fortress, the nearby Magura Cave with its unique prehistoric paintings done with bats guano, the Natural History and History Museums, as well as the Astronomical Observatory.

There is no way to save on superlatives when describing this paradise place with crystal clear air, which offers excellent opportunities for hiking, biking, cave, congress and wine tourism, hunting and fishing, astronomical observations, as well as cozy relaxation nests for less active tourists.