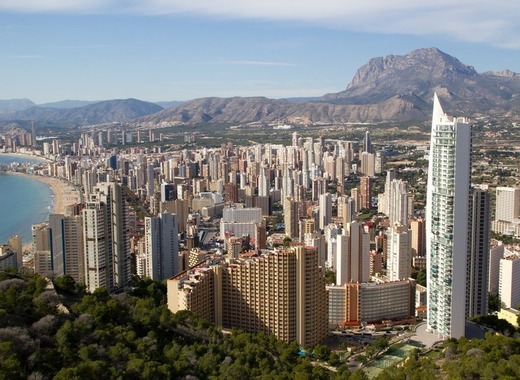 Benidorm makes consciences efforts to attract more “Millennials” as tourists. The Spanish City is located on the picturesque Mediterranean coast with good connection from Valencia and Alicante. Widely known for its nightlife, it is regarded as a top holiday destination in Europe. One of the approaches the local tourism authorities use to support this image is by attracting the attention of young audience, namely the generation born around the start of the millennium, referred to as “millennials” or Generation Y.

Here is why the Visit Benidorm Foundation has invited six young influencers rom Poland, Germany, the United Kingdom, the Netherlands and Finland last week. Their task was to explore and experience first-hand the tourism offer adapted to the needs and interests of this age group in particular. The Blogtrip gathered lifestyle bloggers who can reach a combined 450 thousand followers on social media. They were given the chance to practice parasailing, joined a helicopter ride, a jeep tour and visit to some vineyards, to name but a few steps on their agenda.

According to the local authorities in Benidorm, they target a new profile of travellers, namely those between 25 and 35 years looking for fun and new experiences with uninterrupted social networks interactions. The number of followers that will be “influenced” as result of the trip (through personal accounts, such as articles, pictures and videos from the bloggers’ experiences) is considered to be enough to generate a significant number of potential future tourists from these countries.