“Best Building of the Year 2019” winners announced in Tartu 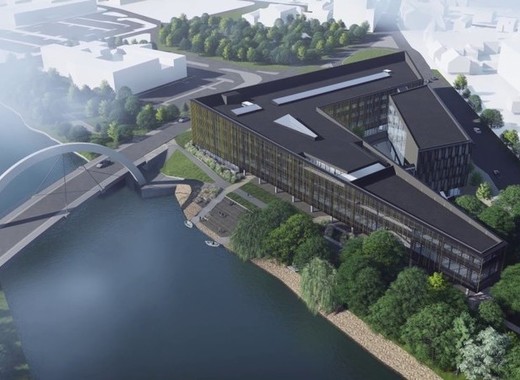 The winners of the competition “Best Building of the Year 2019” were recognized in Tartu, Estonia’s second largest city, on 5 March. The purpose of the competition, launched in 1999, is to value high quality design work and construction in Tartu, born from good cooperation between the contracting entity, the designer and the builder.

At the ceremony at Tartu Town Hall owners, builders and designers received letters of appreciation and plaques that can be mounted on the facade of the building. Deputy Mayor Reno Laidre, chairman of the building appraisal committee, said that last year the city of Tartu became richer with a number of buildings well-suited for urban spaces.

All new and renovated buildings that had received authorization for use in the City of Tartu in 2019 were evaluated in the competition. The buildings selected by the jury were put to a referendum on the website of the city of Tartu to find out the people's favourite. There were a total of 3,169 voters, 30 percent of whom voted for the Delta building of the University of Tartu.

The best buildings in Tartu in 2019

And the best buildings for the past year were announced as :

You can find more info and photos of the winning entries on the City of Tartu website.