"Beyond the Deepening Shadow: The Tower Remembers."

London recognising centennial of the end of World War I 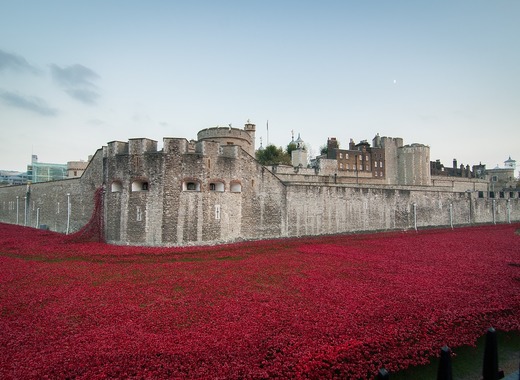 The Tower of London is hosting a magnificent event this year to mark the centennial of the end of the First World War in 1918. The name of the event is "Beyond the Deepening Shadow: The Tower Remembers". The whole event lasts for eigth nights, running from the 4th to the 11th of November. Thousands of torches are lit up in the moat surrounding the Tower of London and the light is kept for several hours - ceremonies start at 5 and go on until 9.

The ceremony of the lighting goes like this: first, a bugler plays "The Last Post". Then, the yeoman warders begin lighting up the torches. The warders are traditionally known as "Beefeaters". They also guard the crown jewels and even offer tours of the Tower of London.