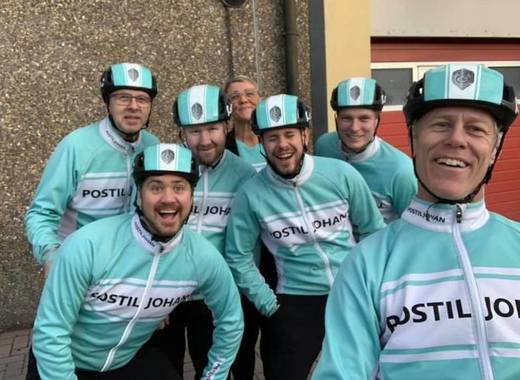 Postiljohan, a company specialized in environmental mail deliveries and other bicycle-related services in the Swedish city of Karlstad, is the winner of the municipal Climate Award for 2019.

Karlstad Municipality's environmental committee awards the prize each year to innovative initiatives that have contributed positively to the reduction of the climate impact of greenhouse gases inside or outside the municipality. In order to win, the effort must have been implemented.

Activities within municipal administrations and companies are not eligible to compete for the award. The Climate Prize consists of a framed diploma and a sum of SEK 25 000.

According to the environmental committee, the company has made a mark through their environmental thinking and ingenious working methods.

“For three decades, Postiljohan has shown that deliveries of mail via bicycle solutions have been both profitable and climate-efficient. The solutions have been developed in innovative ways over the years, where they have also dared to test new things such as bicycle taxi and day bicycle,” reads the committee’s motivation, quoted by the city website.

Visibly moved and smiling, Johan Olsson, CEO of Postiljohan, accepted the award, saying: “We have been working for a long time to sell environmentally friendly, climate smart solutions. Before, you were a little geeky when you talked about the environment, now you come last if you don't think about the environment and climate in everything you do.”

Karlstad, the capital of Värmland County, has got the most of the generally unwelcoming Scandinavian nature. Built at the delta where Klarälven, the longest river in Sweden flows into Sweden’s largest lake – Vänern, Karlstad is also one of  the sunniest cities in the country. This is epitomized by its emblem of a smiling sun and the statue of a local 19 century waitress known for her sunny attitude.