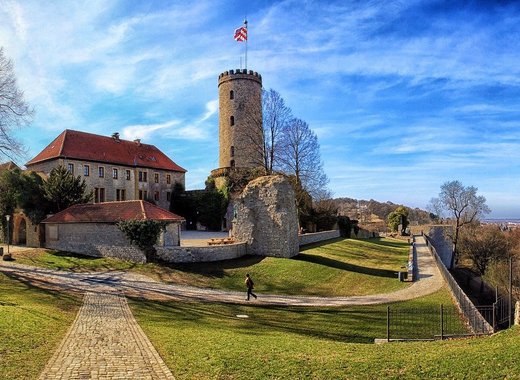 Authorities in the German city of Bielefeld have revealed some figures about the local tourist industry – and they’re looking more than promising.

The number of people who have chosen Bielefeld as their preferred for a visit has risen for a 5th consecutive year, reaching new heights in terms of total numbers of visitors, overnight stays and other similar measurements.

Figures published by Bielefeld’s official marketing department unveil the scope of the Bielefeld’s rise in the rankings in terms of visits. In 2019, the city set for itself numerous records including:

Some 17% of visitors come from foreign countries – most of them coming from the Netherlands, the United Kingdom and Poland. Most of the visits, however, have not been touristic in nature. Rather, some 80% of them have been made by individuals travelling for work and doing business.

Bielefeld has had great development as a visitor target in recent years. The engine for the upward trend remains the strong local economy because around 80 per cent of all overnight stays in the city are booked by business travellers, ” says Martin Knabenreich, Managing Director of Bielefeld Marketing.

Another factor contributing to the record number of visitors to the city is the fact that Bielefeld was the host of many political and business events during 2019. Over the course of said events, the city was full to the brim with visitors, completely exhausting the capacity of the local hotel chains.