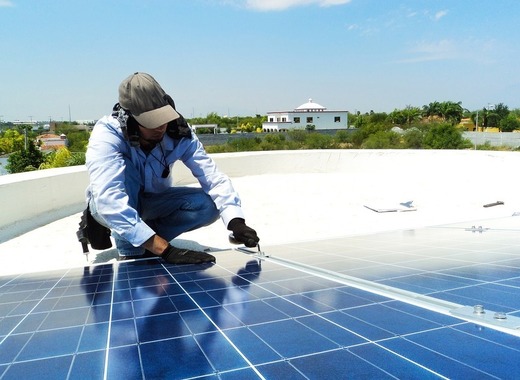 Extremadura will soon have the largest photovoltaic power plant in Europe, which will supply clean energy to 250,000 people. It has recently been made clear that an important agreement has been struck between the European Investment Bank, Instituto de Crédito Oficial and Iberdrola for the financial contributions to the green energy project.

According to the agreement, the EU bank is providing EUR 145 million and the Spanish credit institution – another EUR 140 million of the total investment of 290 million. The European Investment Bank is known as the largest multilateral provider of climate finance in the world with ambitions to provide a quarter of its investment to mitigation and adaptation to climate change, low-carbon growth and climate resilience.

In fact, the Núñez de Balboa plant is already under construction by Iberdrola. Located in the Spanish community of Extremadura, between the municipalities of Usagre, Hinojosa del Valle and Bienvenida, it will sprawl over an area of nearly 1000 hectares with a possibility to provide 500MW of power. Furthermore, the facility will save 215,000 tonnes of carbon emissions annually, therefore paving the way to a more sustainable development of the region. Apart from contributing to the goals of the Paris agreement, the facility, planned to start operation in 2020, will creatae 1000 jobs for locals.

Learn more from this link.