It’s been running annually for almost 50 years now and considered as the biggest firework festival in Spain, and maybe all Europe 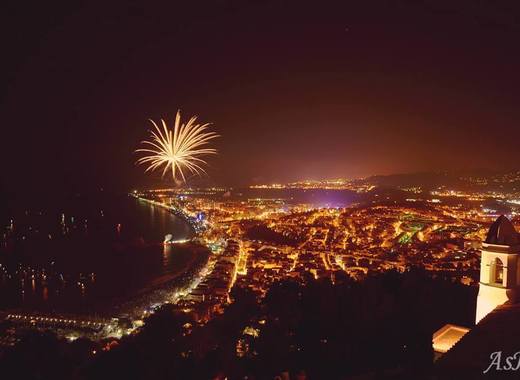 The internationally recognised fireworks competition – “El Focs de Blanes” or “Concurs Internacional de Focs” – will once again take place in Blanes on the Costa Brava, Spain. This event has a long history dating back as far as the late 19th century. It’s been running annually for almost 50 years now and considered as the biggest firework festival in Spain, and maybe all Europe.With it’s mild climate, long sandy beaches and beautiful coves, Blanes is an ideal spot to spend a weekend or longer.

This year it’s changing back to a six-day festival. To compete, the pyrotechnic companies must apply. Each show runs for 20 – 24 minutes, and there are two categories for judging – technical and popular. The focal point for the firework shows is the Rock – Sa Palomera – the rocky promotory that marks the separation point between the old town and the new. The rock Palomera also mark the end of the coast “Costa Brava” that goes from the French border.