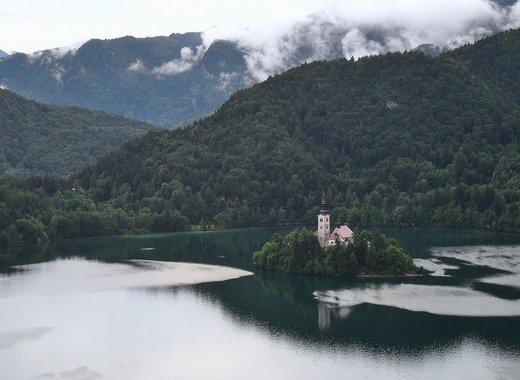 Lake Bled is one of the most important and well-recognized tourist destinations in Slovenia – it is one of the main pillars and symbols of the country’s tourism industry. Yet, the municipality of Bled has been left all on its own to care for this magnificent natural treasure, deprived of almost all aid that could be provided by the national government.

With Slovenia experiencing a constant rise in tourist visits, that has led to the deterioration of its natural habitats – lake Bled included. That, combined with several other issues, has caused great damage to the lake’s water quality.

The Mayor of Bled, Janez Fajfar, and his administration have taken a number of measures aimed at preserving lake Bled and protecting its water quality. Among them are the completion of improvements and upgrades to the local sewage system, a number of investments in the creation of more parking lots across the city in order to minimize traffic near the lake and others. Yet they believe that solving a problem of such magnitude simply cannot be achieved by a local government.

Thus, he has asked national authorities for more support in dealing with environmental issues. Namely, the has asked for the rapid completion of the southern relief road that will further alleviate traffic near the waterfront, as well as the adoption of a new lake protection law – more specifically one made especially for lake Bled.

The need for a specific law for the lake stems from the fact that many of the ways one can deal with pollution and the mechanisms for water protections are either barred behind various state laws or even lack any kinds of legislative provisions for their use. Furthermore, traffic restrictions are sorely needed in the area, yet the municipality is unable to enact them on its own.

In order for Slovenia to preserve one of its most prized treasures, local and central authorities must once again work together for the greater good.