Bocca Cabana bus returns for another season in Cannes 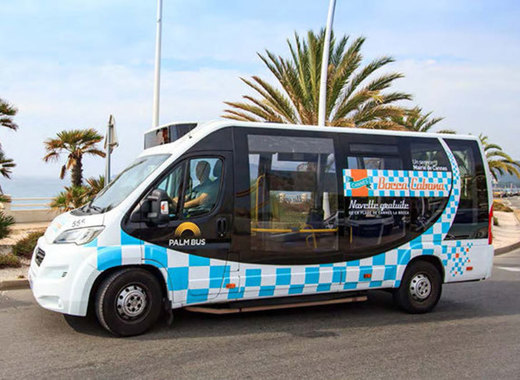 As of Saturday 15th June, the free minibus facilitating the access to the Bocca beaches has returned for another season. The free bus service was introduced by the Municipality of Cannes and Agglomeration Cannes Lérins in order to ease the access to the beach area from the parking nearby.

Accordingly, two minibuses with unique design will be circulating from 7h to 19h15 each day of the week, weekends included, departing every 15 minutes. Their path runs as follows: Résistance-Coubertin > the Beaches of Midi boulevard > La Bocca-Verrerie > Market Square > Résistance-Coubertin with a total length of six kilometres and eighteen stops. The line will be in operation up to 29th September and for the sake of improved mobility, it is in sync with the network of the existing Palm Bus at Coubertin and Market Square stops and those on Midi boulevard.

The Bocca Cabana bus is part of a larger strategy of the French city to renew and manage the coastline of Bocca Cabana. The latter previews also the expansion of the walking areas and greenery, measures to alleviate traffic, making the site more attractive through sport and game facilities, while preserving its identity.