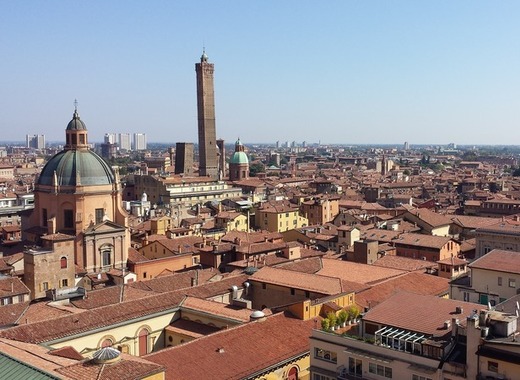 How can cities involve citizens in urban climate and emission reduction actions to increase their attractiveness and sustainability? This question took centre stage end of June when Bologna hosted an international delegation of city peers from 18 different countries participating in the Urban-LEDS II project to foster urban low-emission development.

As the capital of the Emilia Romagna Region, Bologna has plenty of experience in developing climate and sustainable energy action plans, being an active member of the European Covenant of Mayors since 2008. Over the years, the city has been aiming to incentivise citizens to become active and responsible stakeholders for the sustainable development of their own neighbourhoods. Through its involvement in the Urban-LEDS II project and the city network ICLEI – Local Governments of Sustainability, Bologna has shared its experience in bringing on board the public when delivering on its climate action and sustainable energy action plan (SEAP) with its international city peers.

Having approved its Climate Action Plan already in 2012 with the goal to reduce CO2 emissions by 20% until 2020 from 2005 levels, a major priority for Bologna is to bring down emission and air pollution levels from its two largest emitting sectors, the building and mobility sector. With a high individual motorisation rate (~20% of CO2 emissions and an above European average of 53 vehicles per 100 inhabitants), as well as a large historic and privately owned building stock (~34% of CO2 emissions from the residential sector largely in private hands), private stakeholder decisions are decisive for the city to reach its emission reduction targets.

Consequently, Bologna is pursuing a participatory approach to integrated climate actions and promote energy refurbishments of buildings and sustainable mobility options (e.g. through the promotion of pedestrian areas in the city centre and the expansion of public transport). Already in 2013 the city issued a public consultation process and implementation partnerships that brought on board 32 partners from business, the university, as well as economic and environmental associations for the delivery of the city’s SEAP.

Valentina Orioli, Bologna’s Deputy Mayor for Urban Planning, Real Estate, Environment, Preservation and Renewal of the Historic City, outlined the city’s approach stressing that bringing on board citizens is not only crucial to reach local, but also international climate targets: “Citizens must be engaged in what is the challenge of addressing climate change. Municipalities are important to bring them on board, and so are all those associations and organisations that work to empower citizens and to improve general knowledge about climate change.”

As such, the city introduced its visiting city peers to a set of different recent initiatives and models to drive public and private engagement. Amongst those, the Fondazione Innovazione Urbana. The foundation is seeking to inspire ideas and activities among citizens, public institutions, businesses and social actors addressing the social, technological and sustainable transformation of the city. With their engagement in the EU-funded Rock project Bologna is furthermore setting eye on strengthen economic development via a sustainable, collaborative and circular systemic  approach for the adaptive reuse of Bologna’s historic city centre. The project is conceptualised to support the development of shared multi-cultural, multi-heritage and multi-stakeholder city visions.

As an example for how to organise a socially and environmentally friendly regeneration of public spaces attending cities went on a tour through the Kilowatt initiative. Located in the formerly abandoned public greenhouses in the Giardini Margherita city garden, Kilowatt was set up as a public-private partnership between the city of Bologna, the Emilia-Romagna Region and different private actors from social innovation, circular economy, communication and regeneration, private enterprises, freelancers, startups, cultural operators and associations. The aim of the initiative is to stimulate the emergence of new job opportunities, professional collaborations and social relations, new spaces of inclusion and welfare, while capitalising on urban agriculture and circular economy models for a more sustainable urban regeneration.

The defined key recommendations derived from successful projects in Bologna, will feed into the low-emission development strategies developed by visiting cities within the Urban-LEDS project in the coming months. The project run by ICLEI – Local Governments for Sustainability and UN-HABITAT is facilitating a South-South-North exchange and joint learning processes among city peers to accelerate climate action through the promotion of urban low emission development strategies. The visiting cities from Bangladesh, Brazil, Colombia, India, Indonesia, Lao PDR, Rwanda, South Africa and Europe have been invited to Bologna to learn about the city’s approach, experience and practical examples under the theme of “Local Climate Action and Low Emissions Development in Europe”.

Alexandra Pfohl is a Member of the Communication and Member Relations team of the ICLEI – Local Governments for Sustainability European Secretariat in Freiburg working on Urban-LEDS II. Contact her at: Alexandra.pfohl@iclei.org