Border between Valka and Valga remains open for locals

An agreement was reached for the two towns that were once one, to keep their shared border open 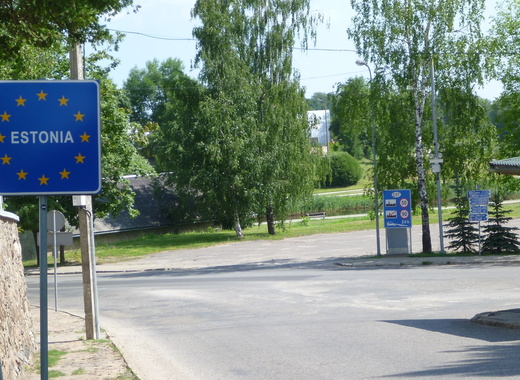 The twin towns of Valka and Valga are perhaps the perfect example of the benefits of open borders and European integration. During the Soviet era, the two towns were one and the same, but after Estonia and Latvia won their independence, a border was put between them – the town of Valka remained in Latvia and Valga in Estonia.

After to the virtual disappearance of borders following the two countries’ accession to the European Union, citizens of Valka and Valga once again felt like a single community – able to freely travel, work and live on both sides of the border.

Yet the coronavirus pandemic threatened to change that, with many countries, Latvia and Estonia included, considering the closure of their borders in order to limit the spread of the disease.

Bold actions in order to preserve the community

After Estonia imposed a state of emergency, the two municipalities immediately went to work trying to find a way to keep the flow of people between them flowing. Thus, they came up with several proposals that were presented to the Prime Minister of Estonia, Jüri Ratas and other government officials.

Their feedback was quick and positive and the Estonian PM declared that locals from Valka and Valga who need to cross the border in order to get to work are still allowed to do so – as long as they do not have symptoms of coronavirus.

The details of the decision are yet to be worked out. The municipalities are currently working on a solution that would allow only for those who work on the other side of the border to pass. Among the proposed solutions are the issuing of temporary documents or the creation of a special list that would feature the names of people who are allowed to cross.