This is the vision of the leaders of Spain and Portugal, expressed at a high-level summit 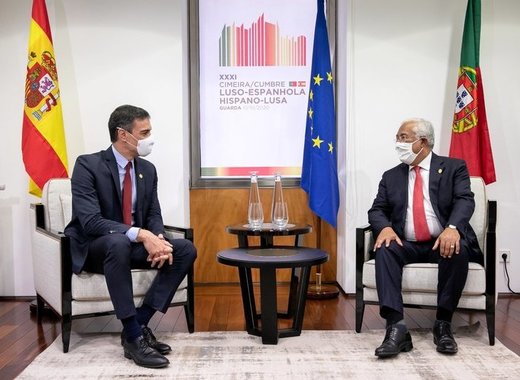 On Saturday, 10 October, there was a high-level summit between the prime ministers of Spain and Portugal, Pedro Sanchez and Antonio Costa, concerning the issues that have been plaguing the development of the regions which line both sides of the two countries’ border. The meeting, which took place in Guarda (Portugal) was remarkable for the commitment shown by both governments to tackle long-standing questions. A commitment which took a tangible form under a document called Common Strategy for Transborder Development that was signed by the two sides.

The Strategy concerns a considerable chunk of the Iberian Peninsula, with a total of 2782 municipalities and 5 014 600 people that comprise the Transborder Region in question. The border itself spans over 1200 kilometres in length.

Despite the vast territory and considerable population, these territories have been suffering a variety of problems in the past years and decades. They are generally considered to be among the poorest in both countries, located in hinterlands far removed from the more prosperous coastlines and capitals.

They are more rural and defined by generally rugged terrain. As a result of the weaker economies, their municipalities have been subjected to continuous depopulation trends. Another issue that has been a long-standing problem is the poor railway transport connectivity across the border, with two of the three corridors still under delayed construction.

“The Strategy recovers the centrality of this territory in Portugal and Spain, and provides a territorial strategic vision, which aims to become a positive and innovative example of cooperation in Europe,” affirmed Teresa Ribera, the Spanish Deputy Prime Minister.

She added that “the document prioritizes cross-border and multi-country projects as vectors for recovery and for building social, economic and environmental resilience on a European scale. In this sense, our countries are pioneers”.

The 5 vectors of transborder development

The vectors, which Mrs Ribera has referred to concern the specific measures that will be undertaken in order to see the completion of strategic objectives. In summary, these are, as follows:

The overall vision of the authorities from both countries is to gradually transform the region, in the words of the Portuguese Prime Minister Costa, into “one new centre of our Iberian market”.