London’s former mayor is faced with an impossible task. Can he actually deliver? 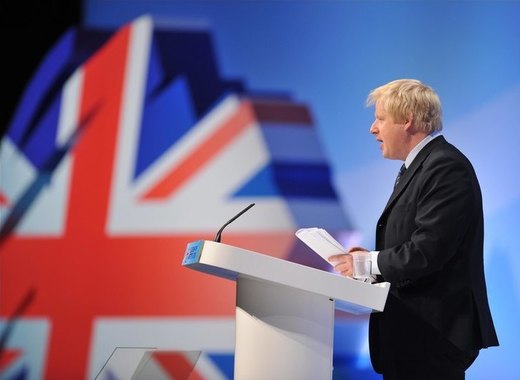 The PM is dead! Long live the PM! Theresa May’s days are finally up and she had quite the tenure, didn’t she? She managed to achieve absolutely nothing in regards to her premiership’s flagship policy, failing to deliver any concrete results whatsoever and she is now set to be replaced by one of her main opponents and architects of her political demise – the former mayor of London, Boris Johnson.

It’s certain that many good things can be said about Boris Johnson – extremely charismatic, widely liked by the Conservative Party’s electorate, moderately admired by his own peers, always ready with a joke or a jab to suck out the tension of any situation. But when it comes to his actual qualifications to lead the United Kingdom in the times of its biggest political crisis since Suez… well, winning a few laughs won’t really help with that. Being considered the laughing stock of Europe's foreign offices might not be the best thing one puts on their resumé.

Boris Johnson’s term as Prime Minister will start in an unprecedentedly bad situation. On the one hand the country is absolutely divided on the issue of Brexit, with the societal tissues binding communities fracturing and falling apart. And on the other, those exact words can be used for the Conservative party itself – split into tens of groups with radically different opinions on the issue of Brexit, which appear impossible to consolidate, while simultaneously facing its dimmest electoral prospects in its 200-year history. In order of their importance to the future PM, BJ has to solve the following issues 1) Save the Conservative Party 2) Solve Brexit 3) Save the Conservative Party by solving Brexit 4) Stop the United Kingdom from ripping itself apart – if some of these objectives appear impossible to you or completely at odds with one another, don’t worry – you’re not the only one.

The kipper – or Boris Johnson’s approach to Brexit

We need to make something clear – NOTHING has changed, no amount of leadership elections and inner-party squabbles will change reality – the Withdrawal Agreement, as negotiated by Theresa May (incl. the dreaded Backstop), is not going to be rewritten. The EU’s negotiating teams have already been dispersed, there are not going to be any more negotiations on the subject. Right after BJ's victory speech, the EU's chief Brexit negotiator Michel Barnier was ready with further clarifications.

We look forward to working constructively w/ PM @BorisJohnson when he takes office, to facilitate the ratification of the Withdrawal Agreement and achieve an orderly #Brexit. We are ready also to rework the agreed Declaration on a new partnership in line with #EUCO guidelines.

Yeah, the same Withdrawal Agreement negotiated by Theresa May - no wriggle room there.

So why are we discussing it?  The answer is simple – the kipper. But what does a fish have to do with Brexit? It’s the perfect illustration of Boris Johnson’s approach to Brexit e.g. full of lies, deception and false information – all in the name of a massive power grab. Long story short, during one of his very recent campaign speeches, BJ blamed EU red tape for the ice packs accompanying the delivery of kippers from producers to consumers via mail. Turns out, these regulations were entirely drawn up by the UK government and the European Union had nothing to do with it. The result? Nobody cared. The lie was uttered in a charismatic fashion and with absolute conviction – after such a good showing, facts and reality become irrelevant.

This is what Boris Johnson has been doing ever since he campaigned for Leave in the Brexit referendum. And this approach has only been gaining steam during his Tory leadership bid. London’s former mayor has been spewing nonsense for months and has been confronted with reality both by the UK government and its agencies and by the EU. It would appear nothing matters. So what can we expect from his attempt at negotiating Brexit? The safe bet – nothing but with a lot of bluster while blaming Brussels for everything.

The May local elections – trial run for what comes next

In May the United Kingdom went through two elections – for European Parliament and for local governments in many cities across the country. It’s important to note that the citizens of the same country that voted for Brexit are also citizens who are politically savvy enough to understand the difference between the types of elections. The Brexit Party over preforms in EU election polls, compared to national and local ones, because citizens don’t actually associated Nigel Farage with anything remotely connected to responsible governance. And that’s why we will not be focusing on the EU elections this time, rather the local ones from 2 May.

For a brief recap you can check out our results rundown, but to put it bluntly – the Conservative Party was absolutely demolished, suffering a record loss in its centuries-long history. Polling since then hasn’t been too kind to the Tories either. And to be fair to Boris Johnson, he becoming leader does raise their rating by a point or two – with 25% of the votes (compared to 42.4% in the last general elections in 2017).

The local elections taught us a valuable lesson however. The two-party system of the UK is nearing its end. The issue of Brexit has split the country in such a way that two parties can’t possibly answer the needs of the majority of citizens. Which is why the Liberal Democrats and the Green party surged in polls back then, representing a distinct vision for the future of the country, completely separate from the one given by the Tories of Labour. Boris Johnson’s task of saving the Conservative Party is tied to somehow preserving the long-standing two-party system without further splitting the nation apart – a task which at the moment seems completely impossible.

You can view the May local elections as a trailer for what’s to come. Mainstream parties are being pushed to the fringes, being forced to radicalize their own messages. The election of Boris Johnson, the man who has done nothing but misrepresent facts during his campaign is proof of exactly that.

It’s been two excruciating months of literally nothing of significance happening, besides the Tory leadership election. Instead of hitting the reset button, the 6-month extension was used for precisely that which Donald Tusk, president of the European Council, wanted to avoid. “Don’t waste this time” he said – but waste their time they did.

The tensions between Leavers and Remainers have only risen. The two points are being reduced to their extremes with more moderate voices being sidelined and being branded traitors to the nation – depending on whatever that might mean to whoever is doing the branding. The different shades of Brexit are slowly being turned into either cancelling article 50 altogether or no-deal Brexit. With such radicalization of the dialogue between the two halves of the United Kingdom, how can we expect things to normalize?

Whatever the future may bring, and whoever gets the blame for things not happening in a perfect way, I believe everyone will miss Theresa May when Boris Johnson moves into Downing Street because she at least did not lie herself into office.