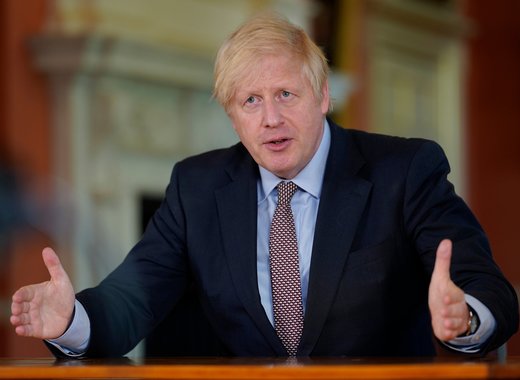 The United Kingdom has gone through one of the most troubled handlings of the COVID-19 crisis in the entirety of Europe. Government response has been decried as slow and ineffective while its initial plans for handling the spread of the disease were quickly scrapped as the country reverted to the now traditional lockdown and quarantine approach – but unlike other states on the continent, it did so quite a bit late.

Thus, the aftermath of the pandemic is now being felt harder in the UK compared to anywhere else in Europe, and its government is approaching the subject of lifting lockdowns even more cautiously. Nonetheless, here’s what Boris Johnson’s government plans to do over the next couple of months, provided there are no significant changes to how the crisis plays out.

In order to avoid needless damage to the economy, the Prime Minister has urged everyone who absolutely can not work from home to return to work starting today. Additionally, he urged everyone to avoid using public transport as much as possible, as it is one of the places where the spread of COVID-19 appears most likely. Instead, he has suggested for everyone to walk or use their bikes preferably, instead of resorting to personal cars.

In terms of venues reopening, primary schools might begin allowing students in as early as 1 June. That is the earliest the government envisions this could happen and Johnson was eager to point out that nothing is certain as of yet. Meanwhile, secondary schools will remain closed at the very least until September.

When it comes to good news, the government will now allow for a maximum of two people to sit together in the same public space, provided they keep a 2-metre distance between each other. Outdoor exercising has also been reallowed for unlimited periods of time.

Boris Johnson also announced that soon the government will mandate for all arrivals to the UK coming by airplane to enter a mandatory quarantine (possibly for a 14-day period). Furthermore, the government has changed its official slogan from “Stay Home” to “Stay Alert” and has announced that fines for rulebreaking will also be increased starting today.