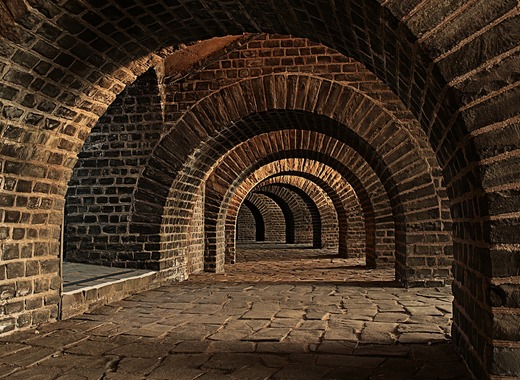 The City Hall of Botoşani will spend 500,000 euro to map the mysterious catacombs sprawling underneath the infrastructure of the northeastern Romanian city, informed a local media. For this purpose, local authorities have requested a professional scan to assess the surface of the medieval tunnels.

The total value of the project is almost one million euros and will be covered by cross-border EU funds. Botosani City Hall will carry out the project with the partnership of the city of Ivano Frankivsk, in Ukraine. Part of the financial support will go towards assessing how the tunnels could be transformed into a tourist attraction. The project will also include the creation of a multimedia museum of ethnic diversity of Botoşani.

For the first time ever, by using modern means, the Municipality of Botoşani will scan the tunnels in the downtown area. This way it will be able to find out what happened to them during the past years, how many they are and where exactly they are located. In addition, the City Hall is planning to use them in all future projects when it is intending to make important investments, especially in the downtown area.

The catacombs below Botosani are some of the most mysterious medieval vestiges in the north of Moldova. Up to now, it has been believed that the tunnels cover tens of kilometres and connect different areas of Botosani to the monastery of Popăuţi, located on the outskirts of the city and surrounded by walls, and established by ruler Steven the Great at the end of the XV century. According to another theory, the tunnels date back to the XIII century, when people dug them to hide and take cover from Tatar incursions. Others believe that the tunnels were created during the XVII century. The new project is now expected to give a definitive answer to all the guesses made over the years.