Braga gears up for Capital of Culture 2027 fight

The municipality wants to decentralize and internationalize its cultural venues 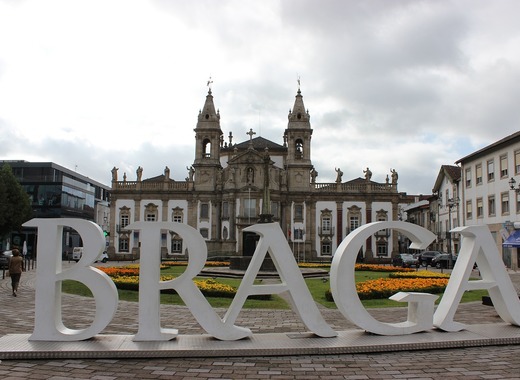 The Portuguese city of Braga recently unveiled its plans for cultural transformation over the next decade. More specifically, local authorities have taken upon themselves the task of presenting a brand new vision of how cultural life in Braga will look like by 2030.

At the presentation of the municipality’s vision for the cultural future of Braga, the city’s mayor Ricardo Rio unveiled plans for a 15 million euro investment for the renovations and upgrades to local cultural institutions and their transformation into venues that will be able to host a wide range of cultural activities.

Furthermore, Mayor Rio stated that the city’s efforts in ushering in a bright new golden age for local culture are not entirely driven by Braga’s European Capital of Culture 2027 bid. Rather it is an entire approach in and of itself that should drive not only artistic creativity and cultural life in the city, but also become a main contributor to economic growth in the urban area.

The local government’s plans for what the city’s cultural life should look like by 2030 will also provide a guideline to Braga’s artists and cultural entrepreneurs.

Ricardo Rio was eager to stress that “More than achieving this goal (winning the European Capital of Culture 2027 bid), this is a guiding document that the cultural agents of Braga lacked. May it serve as a compass for the future.”

The two main objectives of the municipality are the strengthening of the link between local authorities and artists, granting them more freedom of expression and more freedom to work as they see fit.

The other main point of the strategy is the internationalization of culture within Braga. To achieve this goal, local authorities are eager to begin providing more artistic scholarships to foreigners, in order to encourage them to come over to Braga and improve the city’s cultural life.