Braga hosts open-air cinema at the amphitheater over the week

Between 6 and 10 August, enjoy timeless classics, Portuguese and Brazilian movies and much more 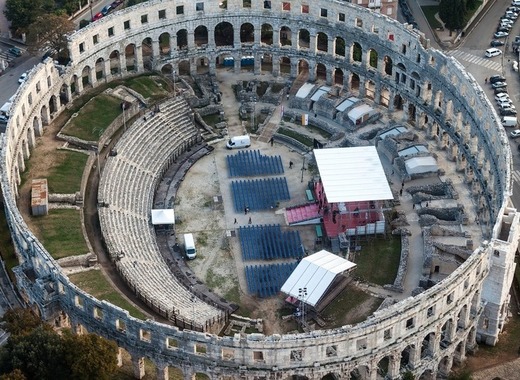 When? Between 6 and 10 August, every night at 9:30 PM. Where? The Parque da Ponte amphitheater in Braga. What? The “A Gosto de Verão” event, organized by the municipality of Braga, alongside CineClub Aurelio Paz dos Reis. The now traditional event for Braga is back for yet another year and the organizers have prepared a programme full of excitement. Over the course of the week, locals and tourists alike are invited to enjoy movies from all over the world – from Brazil in South America to European works of art from Germany, Portugal and the UK.

On the first night of the event, there’s something quite special in store for those who are lucky enough to attend. “A Gosto de Verão” kicks off with a cine-concert rendition of the German 1924 movie “The Last Laugh” (“Der letzte Mann”) with live music performed by Mr. Gallini and Ricardo Soares. 7 and 8 August are dedicated to Portuguese cinema – on the first day you’ll be able to enjoy Diamantino while on the second you’ll find many short films made by different Portuguese filmmakers. 9 August is entirely dedicated to Brazilian cinema, while on the final day, 10 August, you’ll be able to enjoy Nick Park’s animated movie “Early Man”.

Don’t miss out on this great event. For the full list of movies head on over to the municipality’s website.