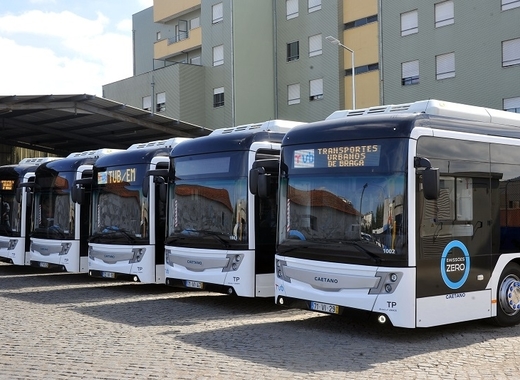 The Portuguese city of Braga has been at the forefront of developing social and innovative solutions aimed at protecting the health of its citizens while also ensuring their economic wellbeing.

An example of the way the city’s administration has been handling the economic and social fallout of the pandemic can be found in its approach to public transportation in the city. Alongside the now traditional social distancing and disinfection measures, the local government made all travel on the city’s buses free of charge for the months of April and May – thus aiming to alleviate some of the pressure on citizens suffering from reduced income during the ongoing crisis. Furthermore, it also decided not to charge merchants and residents for parking on municipal property.

A return back to normalcy – with a twist

But thanks to Portugal’s extraordinary handling of the coronavirus pandemic and in the backdrop of many countries across Europe beginning their journeys back to normal societal functioning, Braga’s approach has also changed.

And instead of simply going back to the way things were, local authorities have instead opted to continue supporting and protecting the most vulnerable – even after the imminent threat is already behind them.

That is why Ricardo Rio, the mayor of Braga has announced that starting 1 June, when public transport will no longer be free of charge in the city, the operating company will begin offering passes at a nearly 50% reduced fee to the unemployed – thus continuing to provide them with support.

The solution championed by the local government will not only preserve the spirit and effects of the social measures adopted earlier, but it will also give the Transportes Urbanos de Braga (the city’s public transport operating company) the breathing room it so desperately needs – as it has been operating on practically 0 revenue since the start of the crisis.