Braga’s response to the coronavirus pandemic 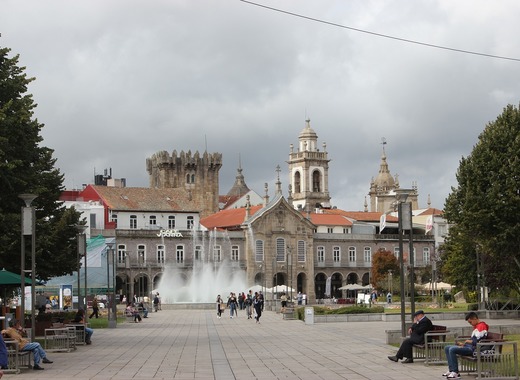 Ever since the first case of coronavirus was confirmed in Portugal on 2 March, cities across the country have been gearing up to deal with the pandemic. Braga is no exception, with local authorities taking increasingly bolder and hardline steps in order to ensure the safety of their constituents and the survival of the city’s businesses.

The City authorities’ first steps in introducing new measures happened at the start of March – one week after the first case of the virus was found in Portugal. On 8 March, Braga suspended all sports and leisure activities in the city, including some of the biggest cultural performances in the entire country.

Just a few days later, the municipality sent all of its nonessential employees home (with full salary being paid) and closed all local schools and educational institutions – except for the ones that hosted the children of essential personnel and the ones that provided meals for students.

On 17 March, the City Council adopted new rules regulating businesses in the city. All non-essential shops in the urban area were shut down with the exception of pharmacies, supermarkets and gas stations. Restaurants were allowed to operate only in takeaway mode.

Meanwhile, the city’s water and waste management company AGERE announced that all small businesses will be exempt from tax for the time being while all other commercial clients will be making use of a 25% reduction in fees. Furthermore, additional water consumption from domestic users will not be charged by the municipality while the pandemic lasts.

Over the last few days, Braga has worked on a number of other policies and projects – including the setting up of a drive-thru testing facility, the creation of hotlines for questions and psychological assistance for the elderly, suspension of ticketing in local public transport and many others.

Finally, Braga is working closely with its Chinese sister city of Shenyang, whose officials are also providing support and solutions that might help mitigate some of the issues the Portuguese municipality is facing.