With a total of 133 electric vehicles, the transit system in the Romanian city will be able to be 100% electric 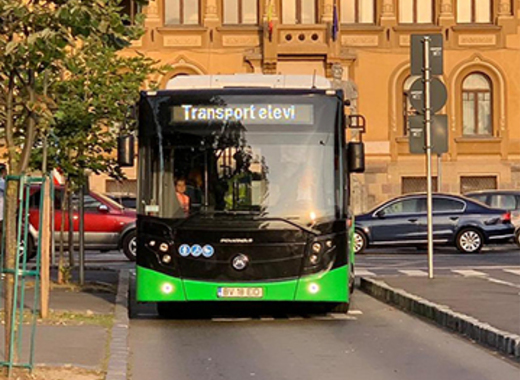 “Brașov will be the first city in Romania with fully electric public transport”, said the Romanian Environment Minister Costel Alexe during his visit to the city last week. Mr Alexe, also performed a field inspection of the SOR electric buses purchased by Brașov City Hall through grant financing of over 100 million lei.

The Environment Minister launched the public consultation of the Guide on reducing pollution and improving air quality, a program funded by AFM (Environmental Fund Administration), with a budget of 480 million lei for this year. In this regard, the aim of the visit of the minister in Brașov was to see what the benefits of this program mean in practice. 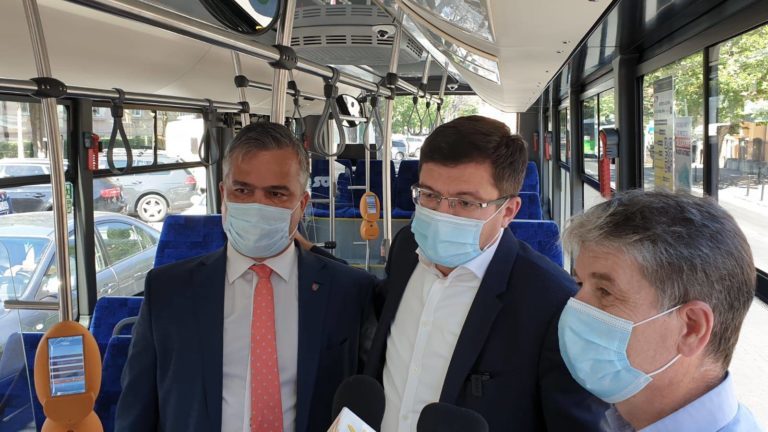 During the visit, Minister Costel Alexe was accompanied by Mayor George Scripcaru. Photo by Brașov Municipality

Brașov benefits from non-reimbursable financing from AFM, with the help of which it purchased 52 SOR electric buses. Thanks to the support of the Ministry of Environment, Brasov is moving fast to achieving its goal of having 100% electric public transport fleet.

With the help of the 480 million lei another 350 environmentally friendly public transport vehicles  (trolleybuses, trams and buses) will move on the streets of Romania, informed Mr Alexe. He appealed to the local public administrations in the country to make investments in infrastructure, public transport, green spaces that will help to reduce pollution in their municipalities, the way Brașov has done with its Integrated Plan on Air Quality.

At this moment, several environmentally friendly means of transportation are circulating in Brașov:

In addition to the 78 vehicles, another 55 are in different stages of acquisition, as follows:

With a total of 133 electric vehicles, the public transit system in the city of Brașov will fully consist of environmentally friendly transport.