Although there has not been a significant uptick in Bratislava in particular, local authorities want to stay ahead of the curve 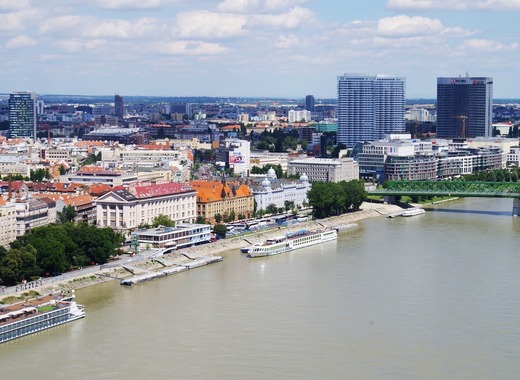 Over the last few weeks, countries across Europe have slowly been reopening their societies and attempting to transition back to what once was considered “normal”. As has been widely expected, however, said reopening carried with itself a few risks – most notably an uptick in the number of confirmed COVID-19 cases.

Some countries and their national, regional and local governments planned accordingly – from the very first days of the announced return to normalcy they were already planning how to get things back under control should the spread of coronavirus once more begin overwhelming heir health systems.

Such has been the case in the Slovak capital of Bratislava, where authorities announced as early as May that they are already gearing up to tackle a 2nd wave of the pandemic. Now, over the last few days, the municipality has begun executing its plans for stopping the return of the disease by reinstating some old measures and introducing new ones.

Despite there not being a significant increase of cases in Bratislava itself, local authorities want to stay ahead of the curve – thus, they are planning and thinking ahead so that they would not have to once more impose a total lockdown of the city.

The measures that are currently being introduced are far less limiting – for now, and are meant to keep the rise in cases to a minimum without simultaneously disrupting the economy.

Building on their experiences from the start of the pandemic, Bratislava’s authorities have now begun imposing stricter measures in the local nursing homes in order to protect the city’s most vulnerable elderly population. Furthermore, the capital’s local government has announced its readiness to provide workers at these facilities with free COVID-19 tests that would make the venues even safer for their residents.

Municipal staff will also be faced with extra limitations. For example, those who return from vacations abroad will be forced into mandatory quarantine for 7 days, while others will be discouraged from travelling not only outside the country but also to the coronavirus hotspots within its borders.

By acting fast and early, authorities in Bratislava believe that they will once again be able to stave off the worst of the virus and will give their citizens the opportunity to lead normal lives.