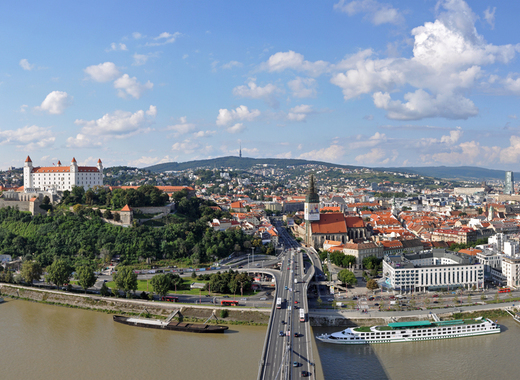 As we reported previously, Bratislava has been gearing up for massive efforts to improve its public transportation network. The Slovak capital is making good on its promise as the long-awaited work on improving the line between Karlova Ves and Dúbravka is set to begin.

As always however, construction efforts bring along unfortunate and unavoidable inconveniences.  Work on the tram tracks will influence the whole public transportation system of Bratislava, as people will no longer be able to travel across the city with a single tram. Mayor Matúš Vallo stated that “A tram will take you to the city centre, where you will take another tram to your final destination,”. In an effort to inform citizens of the massive changes to the network, the local government will be distributing Slovak-English bulletins with a summary of what’s going on.

The improvements to the Karlova Ves and Dúbravka tram line is a massive undertaking. It will cost 65 million euros and will be spread out in 4 phases. In the 2nd phase, the line will be extended by five stops, helping people get to the city centre all the way from Dúbravka by Christmas. The remaining phases will focus on improving tram tracks on other routes in the city. According to city council estimates, the project will be finished by 11 September 2020. While construction is underway, buses will be covering the route between Karlova Ves and Dúbravka, arriving in 4-5 minute intervals (7-8 on holidays and weekends).