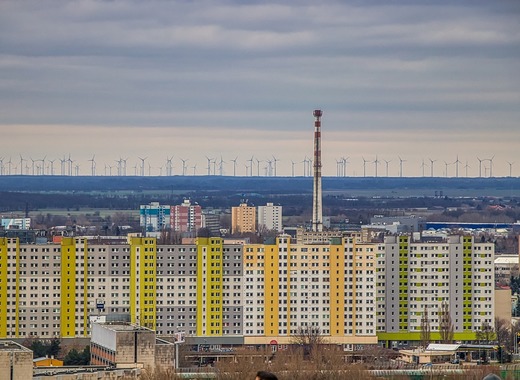 Housing has been an issue for many larger cities in Europe in the wake of rising levels of urbanizations and the ensuing lack of living spaces. It is precisely local governments who have been the most responsive to these challenges and have taken up the torch that would eventually lead to an improvement to the lives of many of their constituents.

In the Slovak capital of Bratislava, authorities have been engaged in a massive redevelopment and refurbishment campaign of old rental apartments – and the first batch has just been delivered to their eager and waiting recipients.

The first six of the city rental flats that were renovated by authorities are already welcoming their new part-time owners, who have been waiting for years for a replacement to their old rental housing. The city was obligated to provide it to them, and it has finally done its part.

Over the course of 2020, local authorities in Bratislava believe that they will finalize the reconstruction and renovation of another 5 rental flats that will also be provided to those on the waiting lists. Said lists themselves are made up of citizens of Bratislava who are legally entitled to replacement rental housing and are in chronological order in which they were granted their current apartments.

Talking about the current scheme and the city’s plans for the future, Deputy Mayor Lucia Štasselová stated that “I am pleased that after a long time we can offer the first tenants of the restituted apartments alternative replacement housing. At the same time, however, we are aware of the city's obligation to all waiting for a replacement rental apartment and we are working intensively on it.

At present, unfortunately, rental housing in Bratislava is extremely neglected and we need new rental flats not only for tenants from restituted flats, but also, for example, for important occupations that we need in the city, or for people and families who have temporarily got into a difficult life situation. That is why we are working to secure a larger number of available rental flats not only by reconstructing city flats and buildings but also by preparing our own construction projects or cooperation with the private sector.”