The Vulnerability Assessment Atlas will help authorities and citizens plan ahead for the future, keeping the challenges of climate change in mind 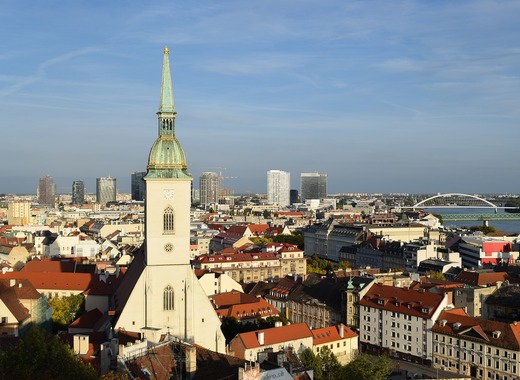 Local authorities and experts in Bratislava have published their latest study on the challenges and threats that the city is faced with in terms of climate change. The Atlas of the Assessment of Vulnerability and Risks of Adverse Consequences of Climate Change in the Capital City of the Slovak Republic Bratislava lays out the ways in which Bratislava is vulnerable to the shifts in climate and outlines the city’s readiness to deal with the consequences and impact of the crisis.

A tool for experts, politicians and citizens

The Atlas is the fruit of arduous labour of numerous institutions and international partners. Since 2017, Bratislava’s Chief Architect has worked with experts from the Faculty of Science of Comenius University and other partner cities like Paris, Bilbao and Manchester, as well as with the Fraunhofer Institute in Germany on the European project Climate Resilient Cities and Infrastructures (RESIN). Their aim was to create a methodology for assessing the vulnerability of cities to the consequences of climate change, which could be applied to Bratislava.

Now finally, the Atlas in its entirety is complete and is freely available to anyone interested in its findings on the municipality’s website – Bratislava.sk. The digital database of the atlas can and will be continuously updated. For the first time, it comprehensively evaluates data on Bratislava from the point of view of the threat to the city's territory due to climate change, especially regarding the impact of extreme heat and heavy rainfall on the population, buildings and road infrastructure.

Upon its unveiling, the city’s mayor Matus Vallo stated that "The impact of the climate crisis is one of the most important challenges facing cities. We are glad that through the opendata portal we can regularly bring information from new areas of life in our city as well, the climate atlas offers this information."